MILAN, Tenn. — One band is gearing up for a trip to California. 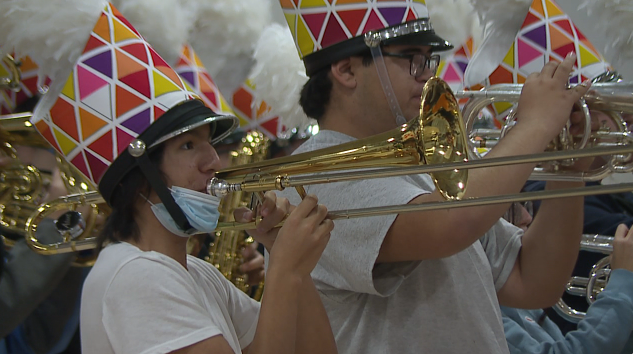 The Gibson County mass band is practicing for the last time before their big performance at the annual Rose Parade.

The band is made up of five schools from Gibson county. They were selected among several schools to perform at this year’s parade.

The group has been practicing for weeks to perfect their performance.

Today the band performed for friends and family before taking flight across the country.

“Its been a lot to do in like four weeks, but I think we’re almost there. We still have a week to prepare and I think we really need to do some work to put some final touches on what we need to present in California,” said band member, Zachary Taylor.

The Gibson County Mass Band is taking flight on December 27th. Make sure to watch the band on January 1st as they perform at the Rose Parade.