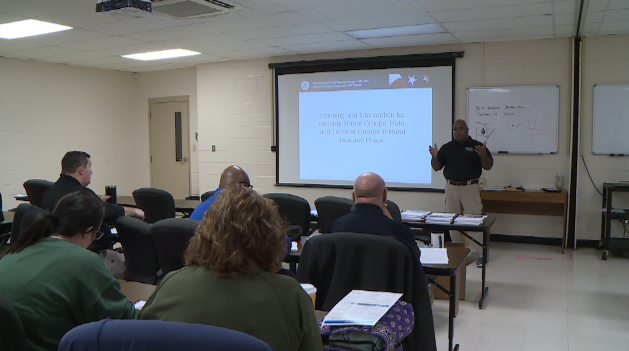 The attendees learned about planning and intervention for security threat groups, hate, and terrorist groups in rural jails and prisons.

“What we’re going to do is basically give them some basic information on identification of threat groups, some of the signs, symbols, how they recruit, how they proliferate and grow within a gang, but more importantly, how they return to the communities and the impact that it has on our communities,” said trainer Robert Fountain with the Department of Homeland Security.

Madison County Sheriff John Mehr says this training will not only help law enforcement in local jails, but in schools and in the community as well.

He says the sheriff’s office trainers are in the class with hopes to take the information learned and share it with other people within the organization. 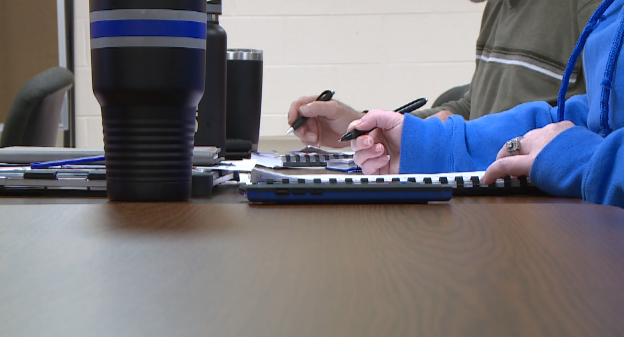 “You’ve got to stay up on current things that are going on today,” Sheriff Mehr said. “Not just in the past too, but because you’ve got to look for the future and look at the trends.”

“We will make sure that we kind of learn from them as well, because this is a new area we’re coming into,” Fountain said. “So we want to make sure that the information we get back and we extract from the guests and students that we’ll be able to share it with another county or another state and the national platform.”

Fountain says one of the most important takeaways from the class is for law enforcement to work together and better the system.

“Sewing the seeds of responsibility in these young ones when they’re in jail,” said Fountain. “You sew those seeds and responsibilities to influence the mind and change the behaviors so they don’t come back to the system. So not just, you know, incarcerating people, but giving them an ability to change their behaviors and see and do things differently.”

Sheriff Mehr says they were glad and feel fortunate to have been able to bring the class here in West Tennessee.