Musicians compete in first round of Tennessee Songwriters Week

“We are in qualifying rounds right now. We are one of six locations in West Tennessee doing qualifiers between January 30 and February 12,” said Sonya Outlaw-Clark, director West TN Heritage Center.

Clark says the winners of the competition will get the opportunity to compete against other participants from different parts of Tennessee.

“The winner of this contest and the other contest in West Tennessee will go on to Lafayette Music Room on February 22 in Memphis. The winner there, gets to go to The Bluebird in Nashville in March to compete with other winners across the state,” Clark said.

She says even though she isn’t musically inclined, it means the world to her to be a part of musical history in West Tennessee. 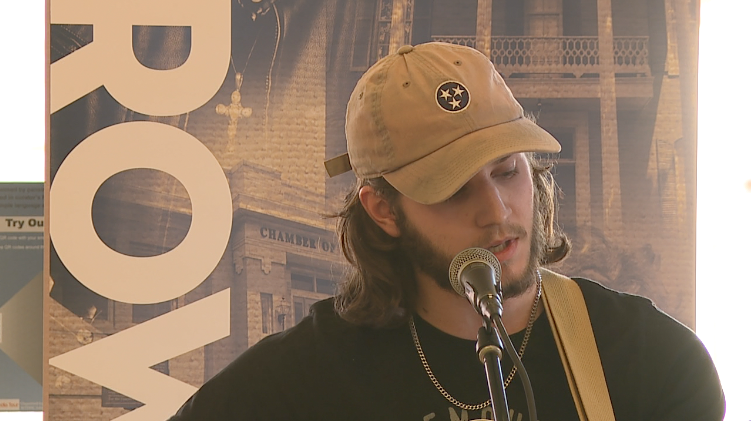 “With songwriters who are writing original music and who are making history right now, I’m personally just really thrilled to be involved in that and a part of that, knowing that there is music that is played here today that is going to be heard from now on,” Clark said.

Travis Roberson, a musician from Dyersburg says he just wants the chance to test his abilities against other artists.

“It’s not about winning or losing for me. I mean, I’ll go wherever they want me to go if I win but, if I don’t, I’m still going to write songs you know,” Roberson said.

He also says it’s up to the musicians to crave the life they want and if you want the fame and glory, you have to work harder than anyone else.

“If you want to be in the spotlight, you need to figure out how to be the best performer you can be. You know what I’m saying? It’s tit for tat. You have to pick which one you want to be and do it,” Roberson said.

A supporter of the competition, Barbara Rogeers says she got into the local scene when her husband decided to pick up the mic.

“You have to be there for them because they practice a lot, but I’m with them 100 percent,” Rogeers said.