Final production for Union theatre program kicks off this week

JACKSON, Tenn. — This week, Union University will kick off what’s slated to be the final production for their theatre program. 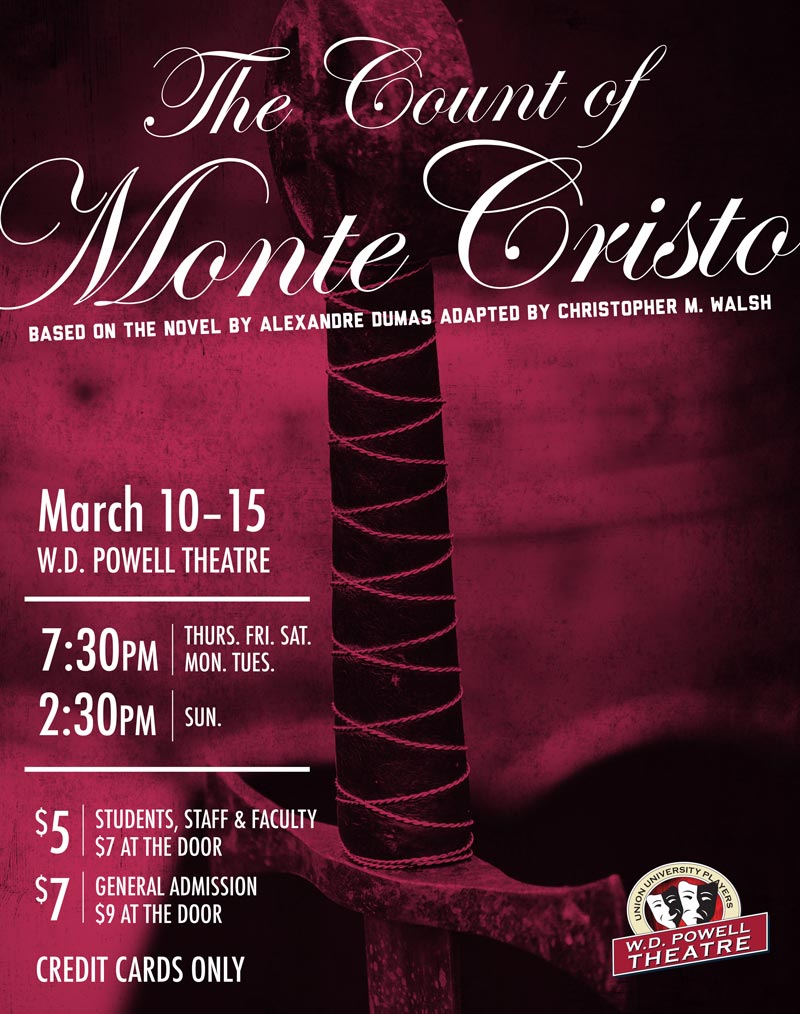 “The Count of Monte Cristo” will run from March 10-15 in the W.D. Powell Theatre. Based on the novel by Alexander Dumas, it tells the story of a man who is imprisoned for 14 years after being falsely accused of betraying his nation.

Kristin Klonowski, the show’s director and theater instructor at Union, says rehearsals have been underway since January and she’s observed a strong passion for the project among the cast.

This is currently expected to be the last stage show for the university, which recently announced it will be cutting its theatre program.