A warm and sunny, spring-like day was here on this Thursday. Highs remained in the lower 60s with plenty of sunshine. However, overnight, we’ll remain mostly clear but clouds will begin to move in after midnight, building cloud coverage into the Friday afternoon. Overnight lows are expected to remain in the 30’s. 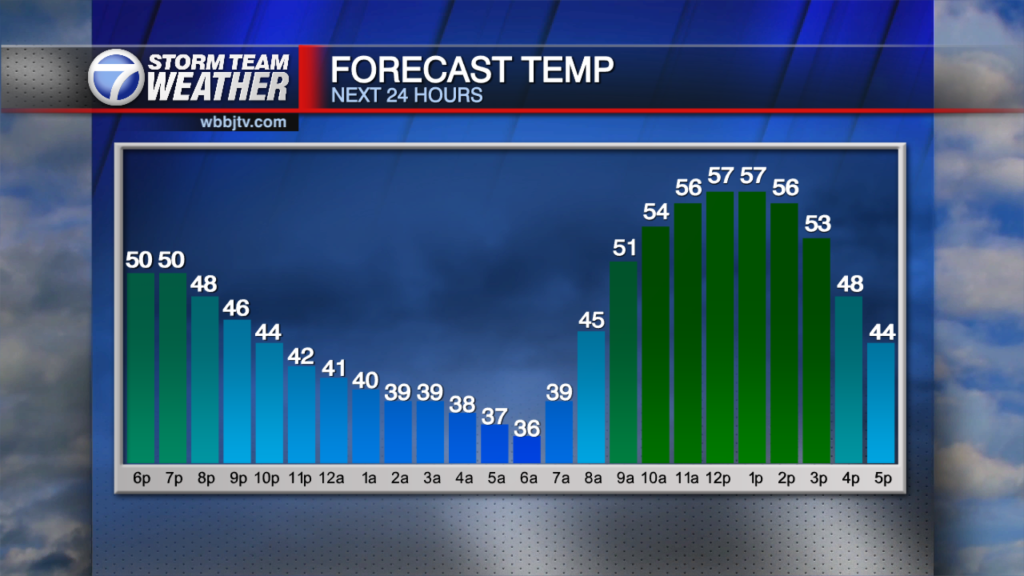 Into Friday morning, a little sunshine may be felt but it won’t last long. Clouds return by noon, with rain showers following not long after at 3-4PM. Highs in the upper 50’s to lower 60’s are expected before the passing front Friday morning. A winter weather advisory will go into effect Friday at 6PM and lasts into 6AM Saturday morning. 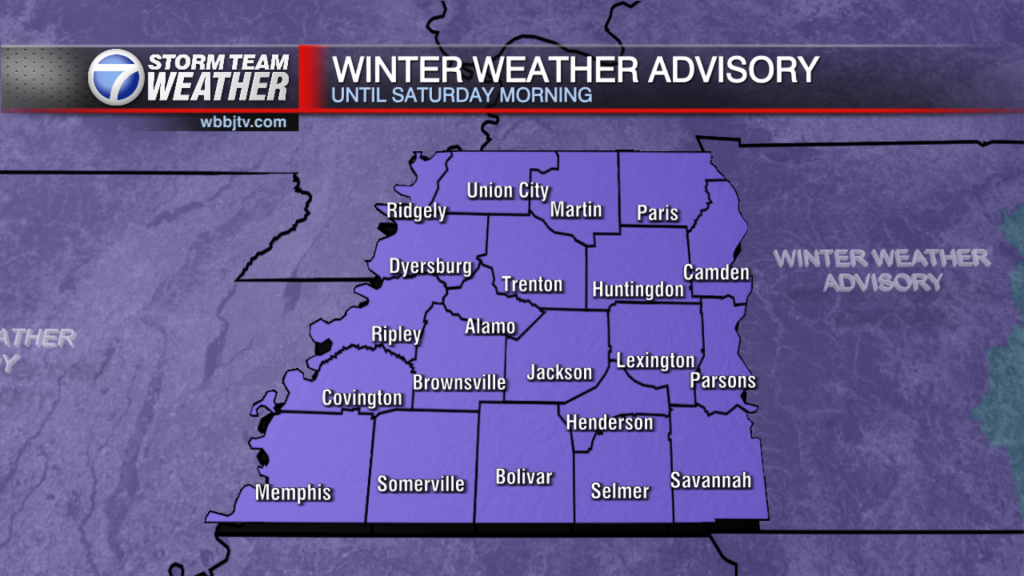 Mostly rain showers should move in after 3-4PM with a slight mix to freezing rain by the afternoon and then snow moves in later in the evening. Mostly snow showers should continue after 9PM. However, you may also be able to spot some dendrites after midnight. Dendrites are very large snowflakes, around 5mm or larger. Snow showers should remain fairly light, with at least an inch expected for all of the region. Some could see around 2″. Largest accumulation rates will remain in the deformation band, which is set up pretty much along I-40 at the moment. This could bring up to 4″ of snowfall. However, the location of the band varies quite a bit and its hard to say if it will land in West Tennessee or what area it will land. 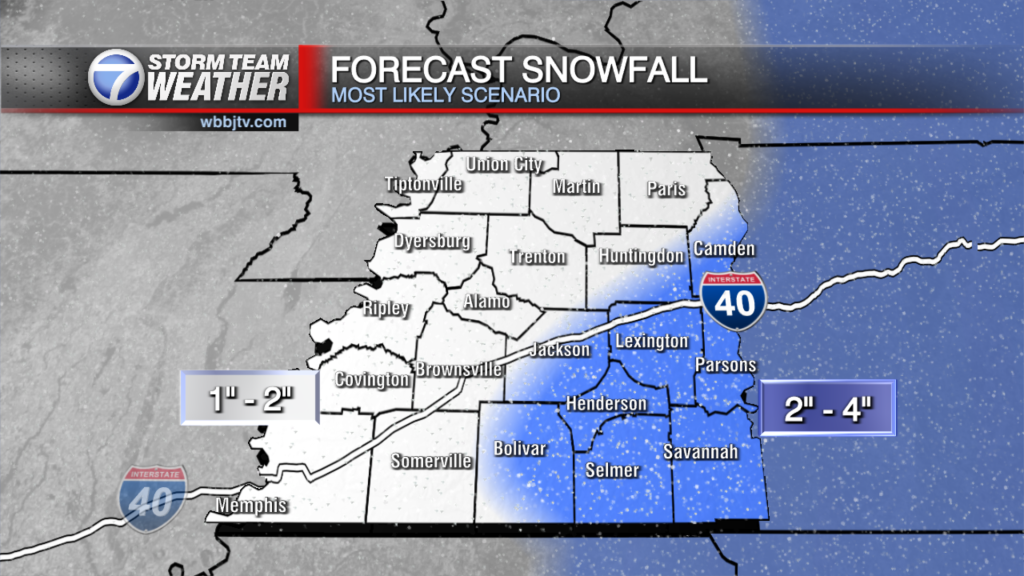 Roads should remain mostly fine until after dark on Friday. Small amounts of freezing rain may bring a few slick spots, especially as temperatures fall into the teens. However, most road impacts should remain limited to minor into Saturday afternoon. Most of the accumulation will remain along grassy areas or elevated surfaces. Mild temperatures early in the day and a very quick moving system will limit accumulation amounts significantly. Overnight, lows should drop into the upper teens to lower 20’s. 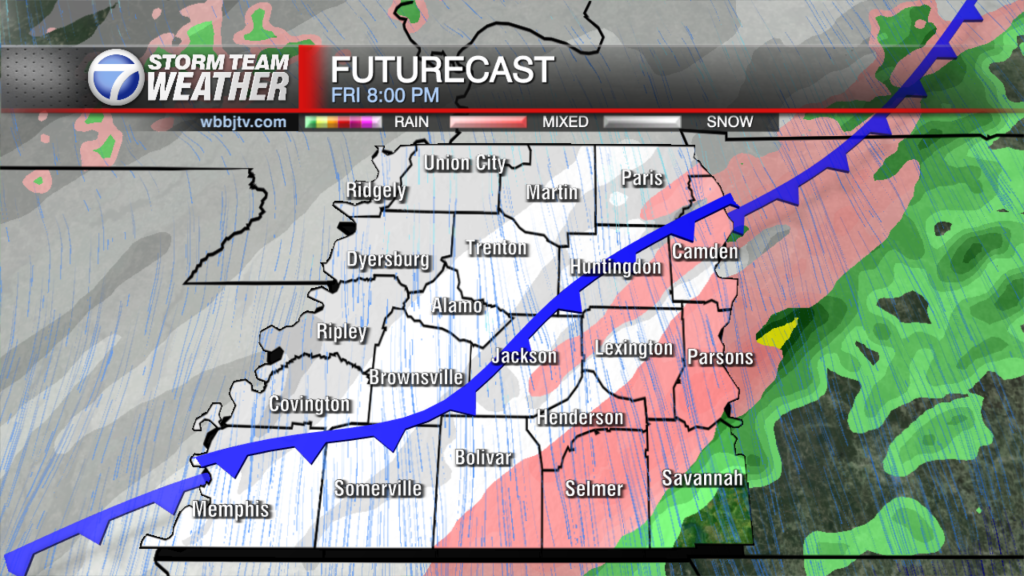 By Saturday morning, wind chills in the single digits are possible with gusty conditions lasting into the evening. The small dusting of snow we may see may begin to melt Saturday afternoon as temperatures remain in the mid to upper 30’s. However, we will quickly fall back into the 20’s for lows overnight. This will refreeze any accumulation and bring black ice concerns by Sunday morning. However, we will warm up significantly on Sunday with southerly flow returning. Highs are expected in the mid 50’s with mostly sunny skies. Any accumulation will melt by the afternoon. Overnight lows should remain above freezing in the 30’s.

Don’t forget on Sunday to turn your clocks forward an hour, which will bring later sunsets into next week. 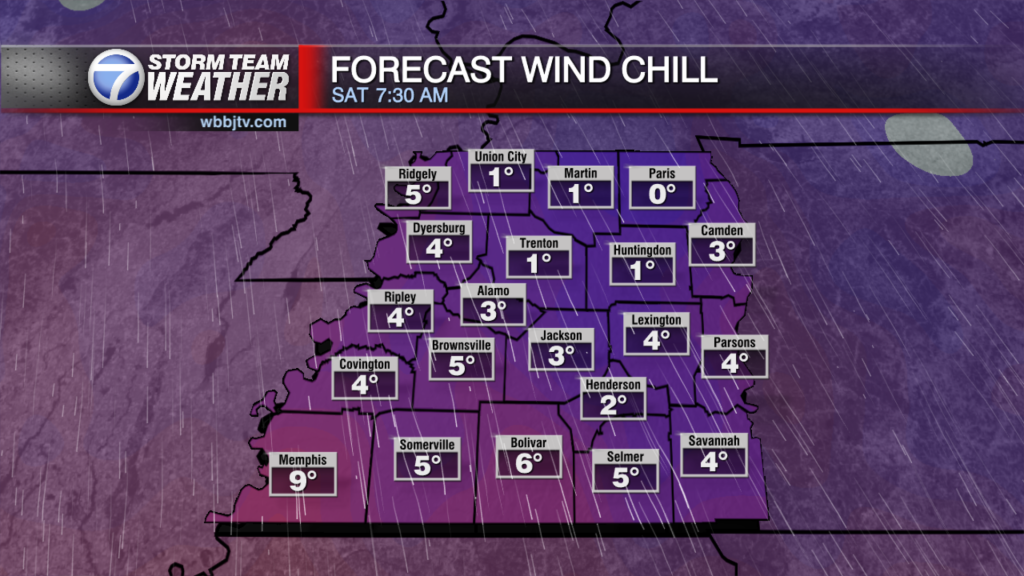 By Monday, warmer weather returns with highs in the lower 60’s. Sunsets should also be after 7PM. However, you may not get to enjoy them too much. A few scattered showers should return later in the evening and last overnight. Lows should remain in the upper 40’s. Showers should taper off Tuesday morning with highs in the upper 60’s. Partly sunny skies remain but it will be a little breezy. Overnight lows drop back into the 40’s with mostly clear skies. By Wednesday, cloud coverage increases slightly but a little sunshine remains. Temperatures are continuing to climb into the 70’s by the afternoon. 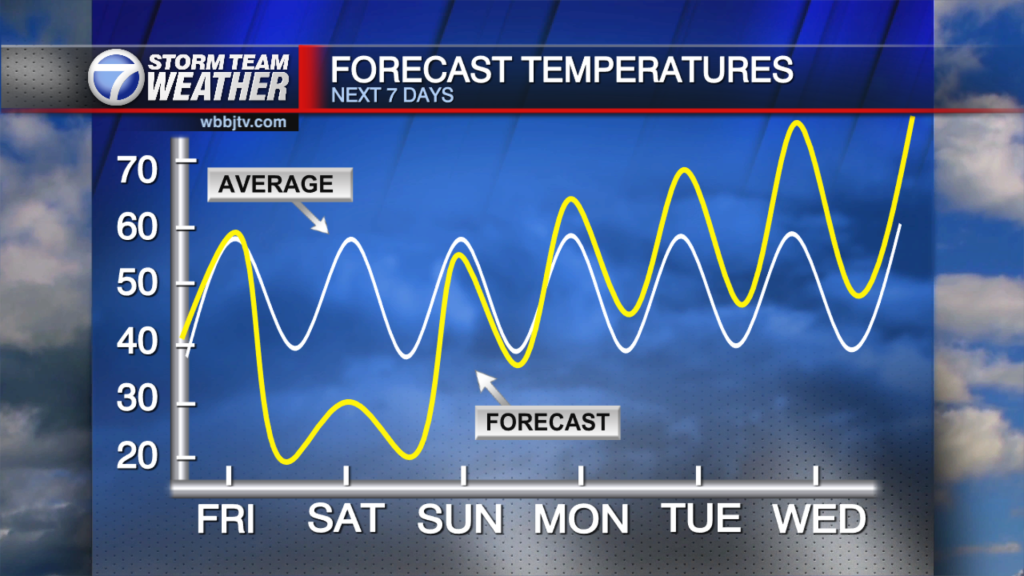