ZAPORIZHZHIA, Ukraine (AP) — The first civilians evacuated from the bombed-out steel plant that has become the last stronghold of Ukrainian fighters in Mariupol are slowly making their way toward safety Monday, as others who managed to escape the city describe terrifying weeks of bombardment and deprivation. 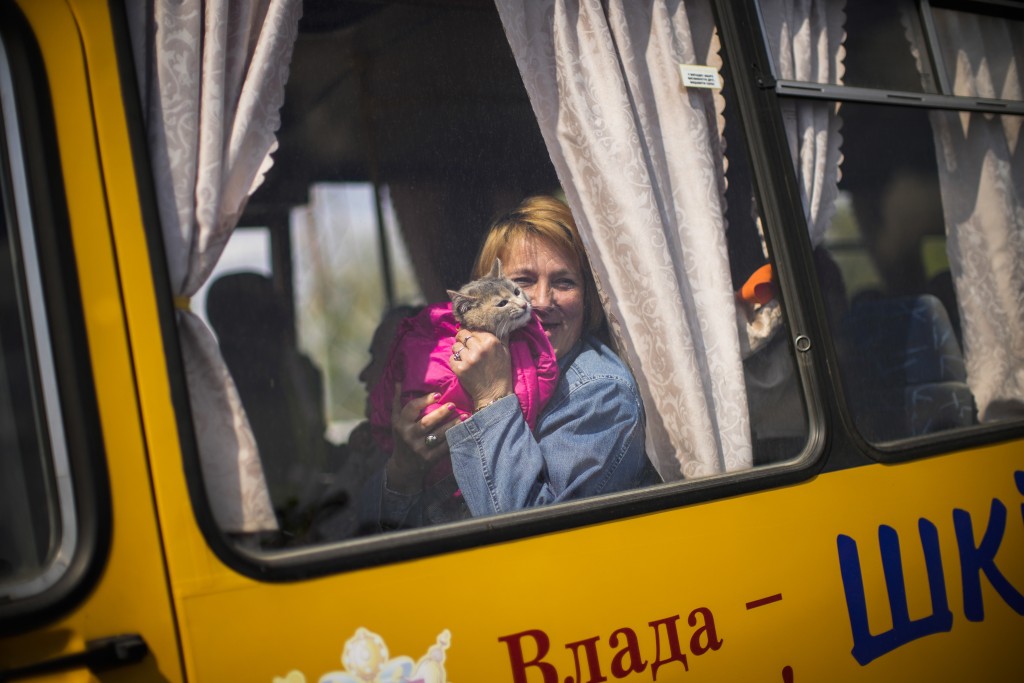 A woman waits in a bus to be processed as she arrives to a reception center for displaced people in Zaporizhzhia, Ukraine, Monday, May 2, 2022. Thousands of Ukrainian continue to leave Russian occupied areas. (AP Photo/Francisco Seco)

More than 100 civilians — including elderly women and mothers with small children — left the sprawling, rubble-strewn Azovstal steel mill on Sunday and set out in buses and ambulances for the Ukrainian-controlled city of Zaporizhzhia, about 140 miles (230 kilometers) to the northwest.

If successful, the evacuation would represent rare progress in easing the human cost of the almost 10-week war.