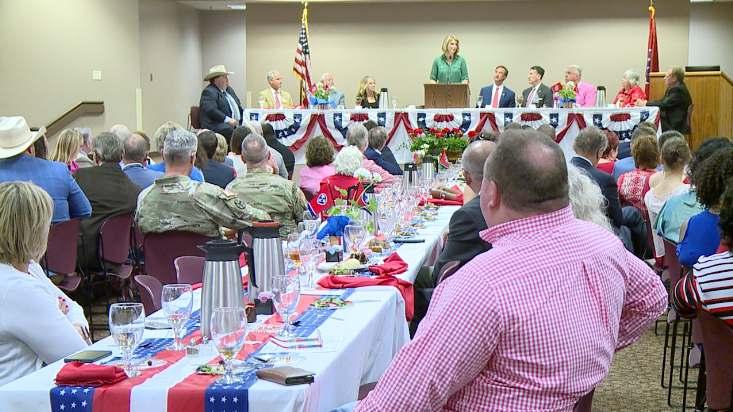 U.S. Senator Marsha Blackburn says while she’s here, she would like to discuss the problems that are plaguing Tennesseans.

She says if the Biden administration would finish the Keystone Pipeline, a pipeline that was created to carry crude oil through Canada into the gulf, the price of gas could decrease.

The senator also says she’s here to build relationships with other elected officials in Tennessee.

“I think sometimes it’s better to come together in fellowship, so when those conversions have to happen, you have a relationship already with the people you serve alongside,” said Mayor Conger. “So if you got to make the phone call, you can have a personal relationship along with a business relationship.”

Senator Ed Jackson says one of the main topics that was discussed throughout the luncheon was Blue Oval City.

“The main topic that we discussed were jobs, and with Blue Oval City coming in and other factories and support systems coming in to support Blue Oval City, Ford and SK,” said Senator Jackson.

Senator Jackson says there are a lot of issues to address and discuss, and says this luncheon is the perfect way to connect other Tennessee representatives to find a solution.

Senator Blackburn says for more information, residents can always sign up for their newsletter and follow your local and state representatives on social media.