JACKSON, Tenn. — One Jacksonian is being recognized on a national level. 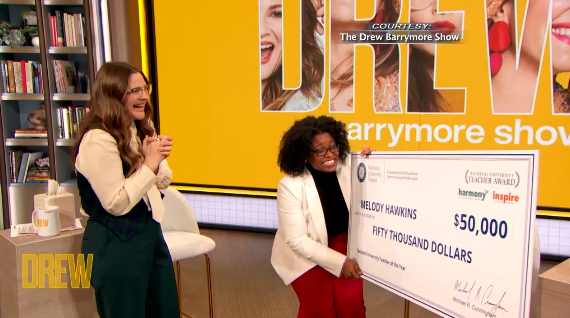 The National University Teacher of the Year recognizes inspirational teachers across the nation.

Hawkins currently teaches in Knoxville, and was honored on the Drew Barrymore show where she received 50-thousand dollars.

“It feel like a dream, I never ever imagined when I made the decision to become an educator that I would be awarded in such a beautiful way,” Hawkins said.

Hawkins also received a full ride scholarship to complete her doctoral program, which she will begin in August.