MEMPHIS, Tenn. (AP) — A Tennessee death row inmate convicted of a 1994 slaying can pursue arguments that he is intellectually disabled and should not be executed under state law, a federal judge has ruled. 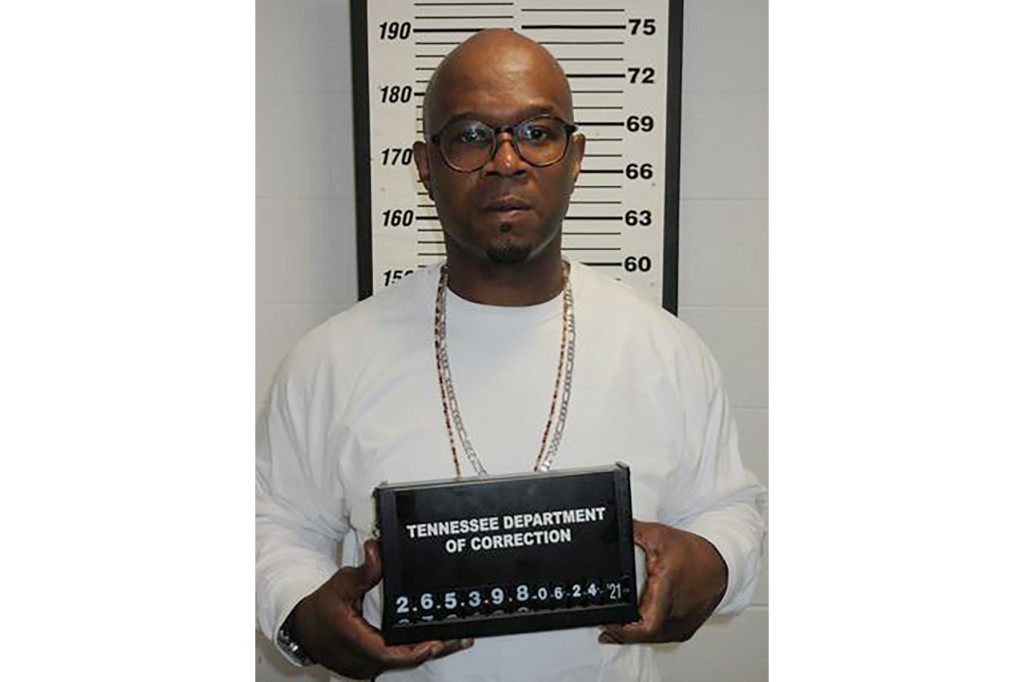 This image provided the Tennessee Department of Correction, shows death row inmate Tyrone Chalmers, whos was convicted of first-degree murder and especially aggravated robbery in the 1994 killing of a 28-year-old man in Memphis. A federal judge ruled Tuesday, June 7, 2022, that Chalmers, 49, can pursue arguments that he is intellectually disabled and should not be executed under state law. (Tennessee Department of Correction via AP0

U.S. District Judge Mark S. Norris issued an order Tuesday granting a stay in federal court proceedings for Tyrone Chalmers, who was convicted in 1997 of robbing a man of $3 and killing him in Shelby County.

Norris’ order allows Chalmers, 49, to once again pursue arguments in state court that Tennessee lacks authority to execute him. Previous attempts have failed, and the Tennessee Supreme Court has rejected efforts to reopen post-conviction proceedings for him.

A Vanderbilt University professor said in 2012 that Chalmers had functional intelligence “at or below 70,” court documents showed.

The order comes about seven months after a judge threw out the death penalty for Pervis Payne, ruling that he was intellectually disabled when he was convicted for the 1987 slayings of a mother and her 2-year-old daughter in Shelby County. Payne will be eligible for parole in about five years after the judge re-sentenced him to serve two concurrent life sentences.

Executions of the intellectually disabled were ruled unconstitutional in 2002, when the U.S. Supreme Court found they violate the Eighth Amendment’s ban on cruel and unusual punishment.

But until Republican Gov. Bill Lee signed a bill in 2021 making Tennessee’s law retroactive in prohibiting the execution of the intellectually disabled, Tennessee had no mechanism for an inmate to reopen a case to press a mental disability claim.

In May, Lee paused all executions through the remainder of the year after he called off a separate execution in April because of an “oversight” in preparations for the lethal injection. Lee has appointed former U.S. Attorney Ed Stanton to review circumstances that led to the failure, which the state has said included a lack of required testing for endotoxins in the drugs.

Chalmers was convicted of first-degree murder and especially aggravated robbery in 1997 in the killing of Randy Allen, 28. Allen was found lying face down on a Memphis sidewalk in August 1994. His pants and underwear had been pulled down around his ankles, and he had been shot five times, court documents showed.

Then 21, Chalmers acknowledged shooting Allen, who was robbed of $3.

During trial, Chalmers testified he had been drinking alcohol and had smoked crack cocaine for the first time just hours before the killing. He told Allen’s family that he was sorry and expressed his desire to take the victim’s place if he could, court documents showed.