Good Morning West Tennessee. We have a bit of a partly to mostly cloudy start to the morning. This is mainly due to a decaying complex of storms in East/Central Missouri. It associated with a frontal zone that has been trying to move south into NW Tennessee. However, a piece of the Sonoran Ridge is centered in south central Arkansas and is behaving like a bouncer and will not allow the front to dig much farther south than I-40. Either way the presence of the front should be enough for a few isolated storms this afternoon. locally heavy rain and lightning would be the main threats from them. Otherwise, expect another dangerously hot and humid afternoon with temps in the mid 90s, heat index around 106-108°. 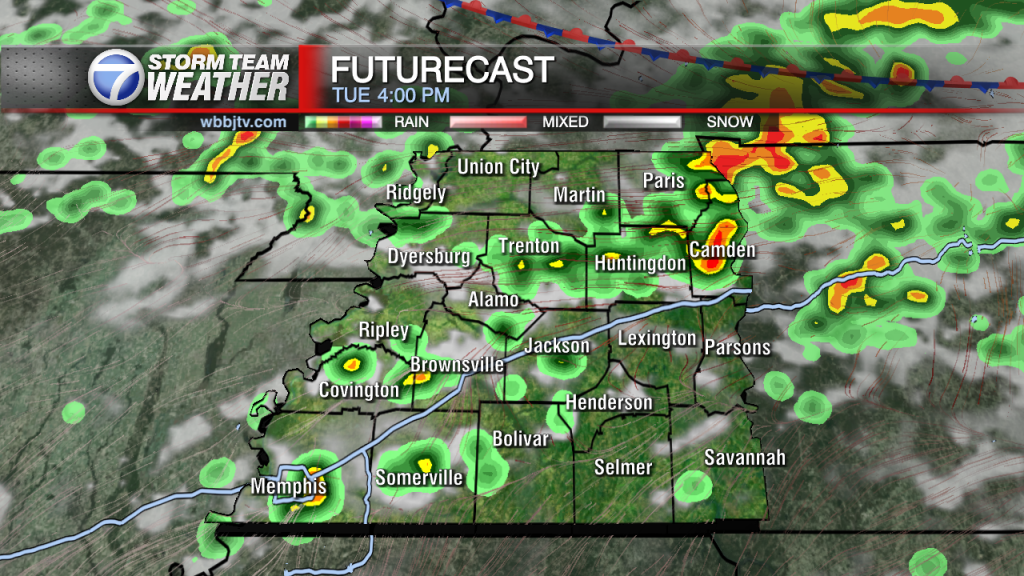 Rain Moving Out, Sun Moving in Through the Weekend!