The MeTV Network will celebrate legendary actor Tony Dow with a special extended presentation of Leave It to Beaver episodes, airing Sunday, July 31 from 12:00pm to 5:00pm on MeTV. 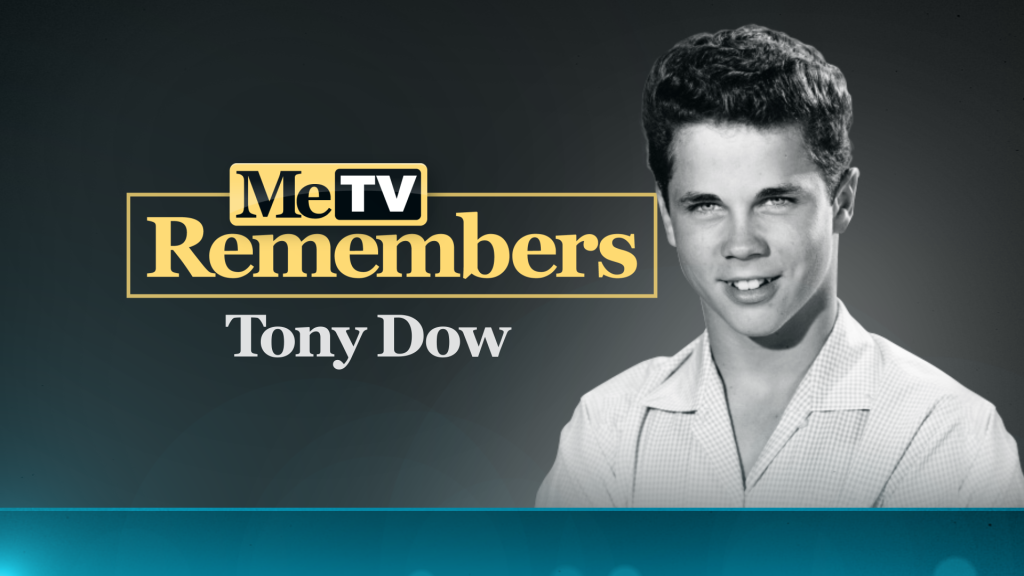 “Tony has made such an impression on so many. His character Wally resonates with several generations of viewers who grew up with him as their TV big brother,” said Neal Sabin, vice-chairman of Weigel Broadcasting Co.

Born in Hollywood, California, Dow’s mother Muriel Virginia Dow was a stunt woman in early Westerns. In his youth, Dow was a Junior Olympics diving champion. He earned the role of Wally Cleaver in a casting call with almost no acting experience.

Dow starred in the series regular role of Wally Cleaver on Leave It to Beaver for all six seasons of the show, which started on CBS before moving to ABC. The show ran for 234 episodes between 1957 and 1963. Dow starred in the series opposite Jerry Mathers as Wally’s younger brother, Theodore “The Beaver” Cleaver, and Barbara Billingsley and Hugh Beaumont as the boys’ parents, June and Ward Cleaver. Dow participated in the show’s 1983 TV reunion movie “Still the Beaver” and its four-season sequel series, “The New Leave It to Beaver.” Leave It to Beaver currently airs on MeTV weekdays from 8:00 to 9:00am ET/PT. To find out where to watch visit MeTV.com.

In addition to his tenure as Wally Cleaver, Dow also starred on television series such as My Three Sons, Never Too Young, Lassie and as three different roles on Mr. Novak. He was also a television director, having helmed episodes for series such as Babylon 5, Star Trek: Deep Space, Nine and Coach.

Get the full schedule here.