JACKSON, Tenn. — A giveaway is set to be held during Jackson’s Community Clean-up Day on Saturday.

The Clean-up Day is being held to curb illegal dumping in the city by allowing disposal of items such as mattresses, furniture and tires.

The resource will be available from 8 a.m. to 1 p.m. Plus, the first 75 Jackson residents driving trucks with trailers will receive a free 8×10 tarp.

The Clean-up Day will be held at two locations in the city: Muse Park and the Jackson Fairgrounds Park. Tarps will be given out at both sites.

Robin Chance, the Recycling Coordinator for the City of Jackson, says this resource is intended to decrease the amount of bulk waste in the city.

Chance says they chose those specific items for disposal because they are some of the most common items dumped in the city. 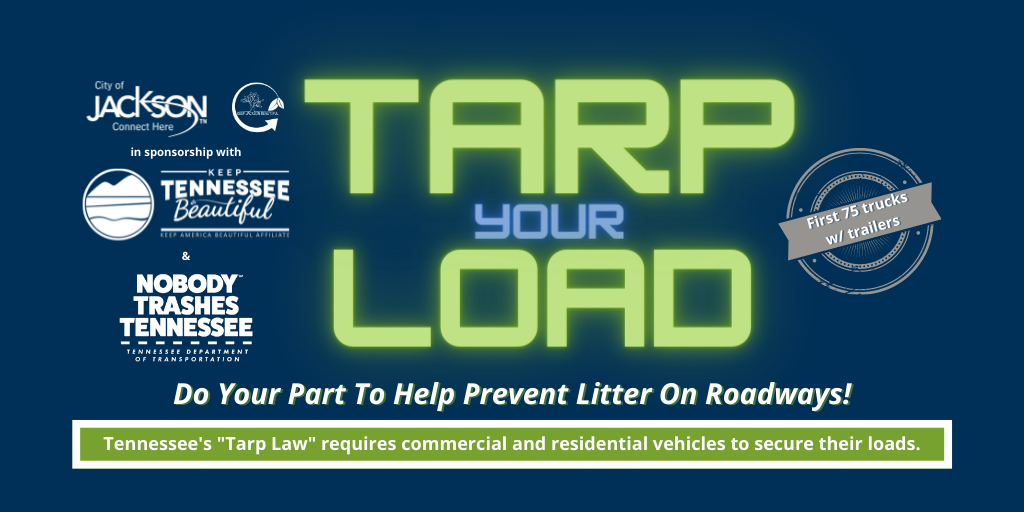 “We have a resource list for businesses in this area who do bulk waste pickups, temporary dumpsters, things like that. So you can call them directly if you need help with that. I also compiled a recycling list. So we have over 24 categories of items and 30 businesses in this area that residents can take those items to recycle,” Chance said.

The Community Clean Up and Tarp Your Load resource events are the first of their kind, but there on no plans on them being the last.

“We are planning on doing this event multiple times. And this will allow us to get some feedback from the community. As long as we are still getting items, we can plan for new events. I think, especially something we want to look at is maybe some spring events too,” Chance said.

Officials hope to have another event in September and October. Dates, times, and locations are still to be determined.

The tarps were provided by both Keep Tennessee Beautiful and the Tennessee Department of Transportation.