HARDEMAN COUNTY, Tenn. — The temperatures are dropping and the leaves are changing colors, which can only mean one thing: its fall! And just in time for that, our local pumpkin patches across West Tennessee are opening up. 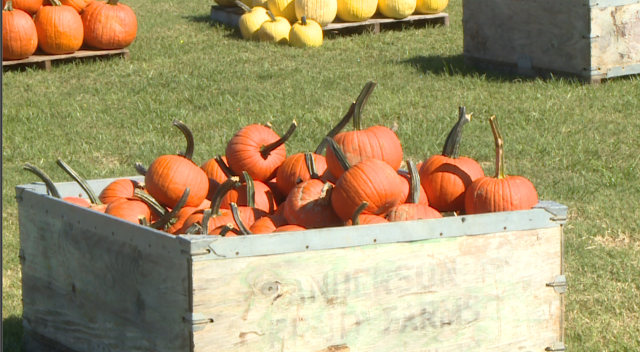 “We have a hayride, a petting zoo, corn pit, a hay maze, a playground… Just a number of different things,” said Cody Nanney, owner of Nanney Farms in Sharon, Tennessee.

Nanney says that along with their amenities, they have plenty of pumpkins for sale. But the heat from this summer may have limited their supply compared to other years.

The heat and drought conditions across West Tennessee may have actually helped pumpkins to an extent of keeping away diseases.

“Pumpkins are real susceptible to certain diseases that are transmitted by rain and wind, and just being wet exacerbates everything, so the dry weather may have been just a little bit better for them,” said Falcon Ridge Farms owner Bart Gilmer.

But even with the pumpkin season we did have, both farms say they are not raising prices from previous years. 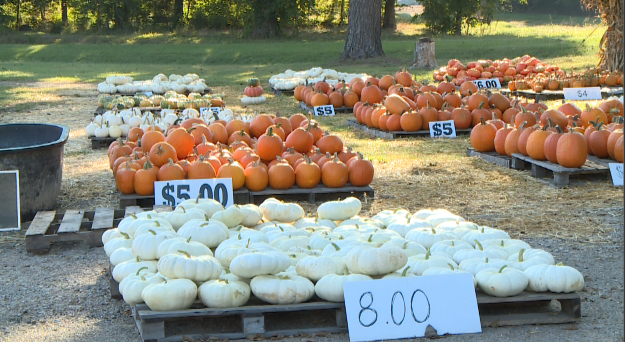 “We have pumpkins all the way from 50 cents to 40 to 50 cents per pound,” said Gilmer. “To gauge that, a basketball size pumpkin will probably run you about seven dollars.”

Both farms say they have an experience available for everyone in the family.

There’s a variety of events to enjoy, including picking your own pumpkin, hayrides, petting zoos, corn pits, pony rides, pig races, and so much more.

“The corn maze we do every year, each year has a different theme,” Gilmer said. “This time it’s football. Every time you come to an intersection, there’s gonna be a football trivia question. If you answer that question correctly, it’s gonna send you in the right path.”

There’s certainly “pumpkin” for everyone.