NEW YORK (AP) — Here’s the sitch, Scrabble stans. Your convos around the board are about to get more interesting with about 500 new words and variations added to the game’s official dictionary: stan, sitch, convo, zedonk, dox and fauxhawk among them. 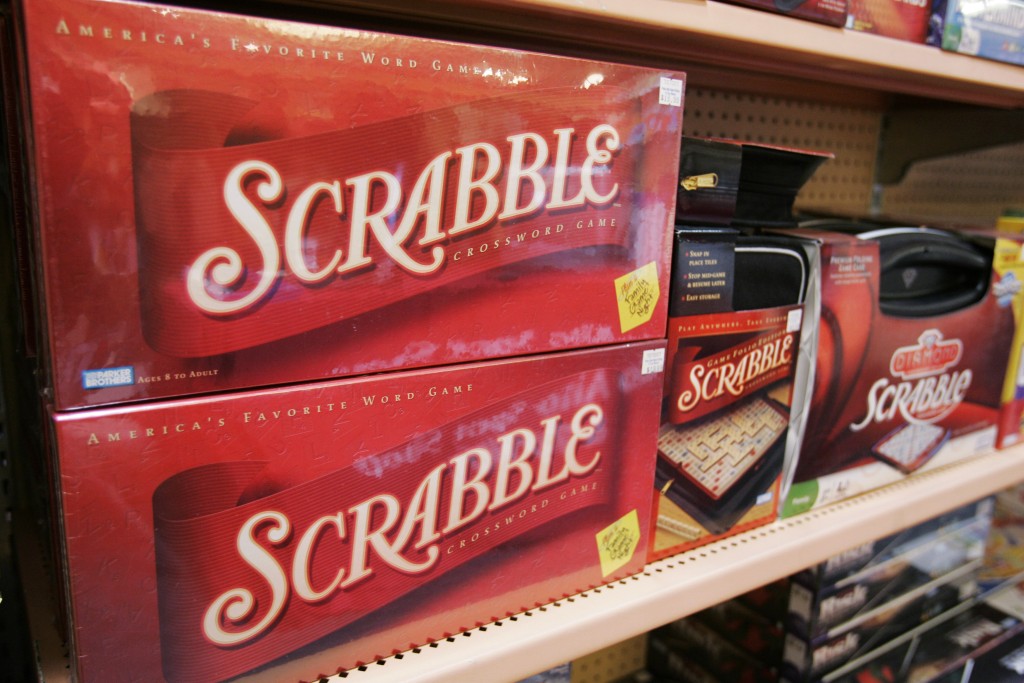 Out this month, the add-ons in the seventh edition of “The Official Scrabble Players Dictionary” join more than 100,000 words of two to eight letters. The book was last updated in 2018 through a longstanding partnership between Hasbro and Merriam-Webster.

The new words include some trademarks gone generic — dumpster for one — some shorthand joy like guac, and a delicious display of more verb variations: torrented, torrenting, adulted, adulting, atted, atting (as in don’t at me, bro).

“We also turned verb into a verb so you can play verbed and verbing,” said Merriam-Webster’s editor at large, Peter Sokolowski, a smile on his face and a word-nerd glitter in his eye during an exclusive interview with The Associated Press.

Fauxhawk, a haircut similar to a Mohawk, is potentially the highest scoring newbie, he said. Embiggen, a verb meaning to increase in size, is among the unexpected. (Sample sentence: “I really need to embiggen that Scrabble dictionary.”)

Compound words are on the rise in the book with deadname, pageview, fintech, allyship, babymoon and subtweet. So are the “uns,” such as unfollow, unsub and unmute. They may sound familiar, but they were never Scrabble official, at least when it comes to the sainted game’s branded dictionary.

Tournament play is a whole other matter, with a broader range of agreed-upon words.

Sokolowski and a team of editors at Merriam-Webster have mined the oft-freshened online database at Merriam-Webster.com to expand the Scrabble book. While the official rules of game play have always allowed the use of any dictionary that players sanction, many look to the official version when sitting down for a spot of Scrabble. Some deluxe Scrabble sets include one of the books.

In the last year or two, the Scrabble lexicon has been scrubbed of 200-plus racial, ethnic and otherwise offensive words — despite their presence in some dictionaries. That has prompted furious debate among tournament players. Supporters of the cleanup called it long overdue. Others argued that the words, however heinous in definition, should remain playable so long as points are to be had.

Despite home play rules that never specifically banned offensive words, you won’t find the notorious 200 in the Scrabble dictionary, with rare exceptions for those with other meanings.

The new Scrabble book includes at least one old-fashioned word that simply fell under the radar for years: yeehaw.

“Yeehaw is like so many of the older, informal terms. They were more spoken than written, and the gold standard for dictionary editing was always written evidence. So a term like yeehaw, which we all know from our childhood and in movies and TV, was something you heard. You didn’t read it that often,” Sokolowski said.

Yeehaw, meet bae, inspo, vibed and vibing, all new additions to the Scrabble dictionary. Ixnay, which was already in the book, has been promoted to a verb, so ixnayed, ixnaying and ixnays are now allowed.

Welp, thingie, roid, skeezy, slushee and hygge (the Danish obsession with getting cozy) also made the cut. So did kharif, the Indian subcontinent’s fall harvest.

The Merriam-Webster wordsmiths have added a slew of food-related words: iftar, horchata, kabocha, mofongo, zuke, zoodle, wagyu, queso and marg, for margarita, among them. Many Scrabble players couldn’t care less about definitions — only points — but informatively:

Iftar is a meal taken by Muslims at sundown to break the daily fast during Ramadan. Mofongo is a traditional Puerto Rican dish made of fried or boiled plantains. Horchata is a sweet drink and kabocha is a winter squash.

Zonkey joins zedonk among new words using a Z, one of the highest scorers in Scrabble along with Q (each has a face value of 10 points). The difference between those two wacky-sounding animals, you ask? A zonkey is sired from a male zebra and a female donkey. The parentage of a zedonk is the other way around. Zedonk even has a playable variation: zeedonk.

Zoomer, for a member of GenZ, is also new. Familiar with the Middle Eastern spice blend za’atar? A less common variant, zaatar, is now in the Scrabble dictionary. Words with apostrophes aren’t allowed.

And there’s more where all of that came from:

Yes, jedi need not be capitalized. Wondering what grawlix means? It’s this: $%!(asterisk)#, a series of typographical symbols used to replace words one doesn’t want to write, usually those that got you into trouble as a kid.

Among other new eight-letter words, the kind that help players clear their seven-tile racks for 50 extra points: hogsbane, more commonly known as giant hogweed. Another: pranayam, a breath technique in yoga.

Sokolowski wouldn’t reveal all 500 of the new words, challenging players to hunt them down on their own. Are your Scrabble senses scrambled, so to speak?

“All of these are words that have already been vetted and defined and added to the Merriam-Webster online dictionary, and now we’ve determined they’re playable in Scrabble,” Sokolowski said. “You’ve got some fun new words.”

So which new entry is the word master’s favorite? It’s the one that sounds like the way acorn is pronounced.

“I like eggcorn,” Sokolowski said, “because it’s a word about words.”