The Colorado Springs gay bar shooting suspect’s assertion of being nonbinary has put gender identity and pronouns — and some sensitive questions around them — back in the spotlight.

Respecting Anderson Lee Aldrich’s request to be referenced with they/them pronouns does not amount to placating someone accused of a heinous act, nonbinary people and advocates say. 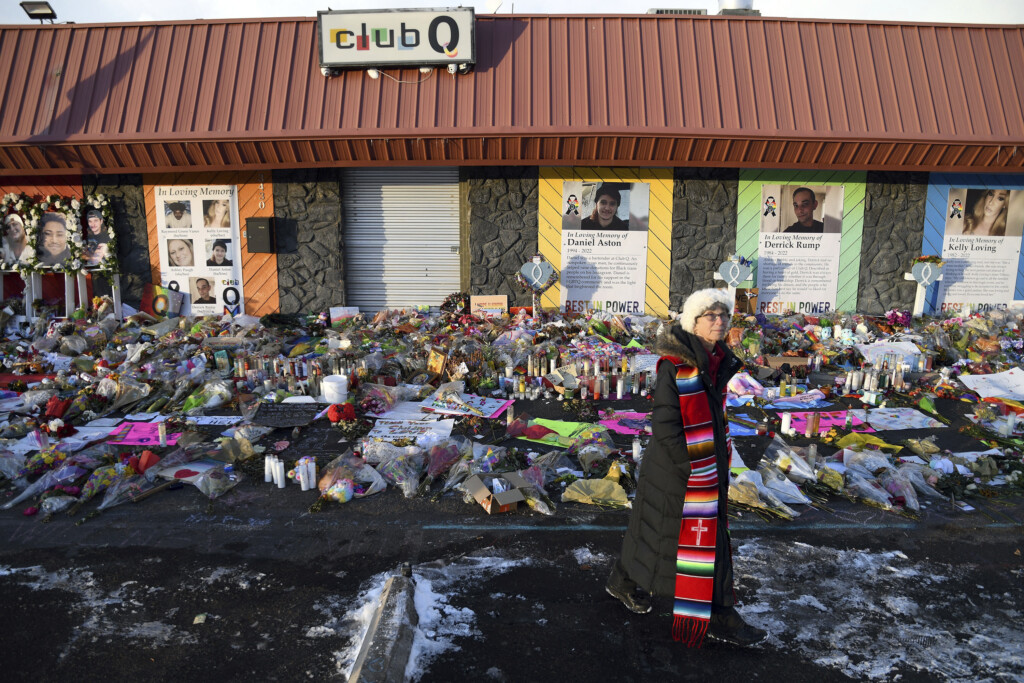 Critics of nontraditional gender identities — that is, of people who do not identify strictly as man or woman, boy or girl — often ridicule the use of gender-neutral pronouns such as they/them, and the notion that Aldrich may be using them as some sort of stunt or potential legal defense has been an undercurrent in the legal handling and media coverage of the case.

Here’s a look at nonbinary people, along with the pronouns they may use and how those words figure into the Aldrich case:

WHAT DOES NONBINARY MEAN?

Some nonbinary people may think of themselves as a mix of genders, or of no gender at all. Some people’s experience of gender can shift over time.

A person can still identify as a man or woman and be nonbinary if their experience extends, even if only at times, beyond the binary experience of being a man, for instance. Some nonbinary people consider themselves transgender, and nonbinary people are generally grouped under the umbrella of LGBTQ people.

In short, being nonbinary, as with any gender identity, including feeling like a man or woman, is a sense of self. But unlike sex — the quality of being male, female or intersex, all of which can be medically identified and documented — gender is a social construct and so is an unprovable quality, something to be taken at a person’s word.

Pronouns continue to evolve, as they always have.

Some nonbinary people are fine using traditional, gendered he/him or she/her pronouns. Some people — nonbinary or not — use only they/them pronouns, rejecting an association with or making a statement about the gender binary. Some people use multiple sets of pronouns, mixing he/him with they/them, for instance. When and how those pronouns are used may depend on what gender a person feels like at any given time.

Some people use what are often called neopronouns — coined words such as “ze” and “zim.” They are not widely used and are unfamiliar to many people, but they do offer the benefit of grammatical clarity; unlike “they” as a singular personal pronoun, observers probably wouldn’t confuse a neopronoun with references to other people or things in verbal or written passages.

The AP Stylebook, the journalism industry’s standard word usage guide, advises that “as much as possible, AP also uses they/them/their as a way of accurately describing and representing a person who uses those pronouns for themself.”

Other word usage guides, including those produced by NLGJA: The Association of LGBTQ Journalists and the advocacy group GLAAD, also advise journalists to use the pronouns that people request.

Aldrich, who is nonbinary and uses they/them pronouns, according to defense court filings, was arrested at the club and has been charged with over 300 counts, including hate crimes. They have not entered a plea or spoken about the events or a motive.

There have been no indications, in what’s known of Aldrich’s social media engagement or interactions with other people, that Aldrich publicly identified as nonbinary before the shooting. The bar where the attack was carried out is a longtime gathering spot for LGBTQ people in Colorado Springs, and no one has said they remember Aldrich being there before.

When Aldrich requested a name change in Texas in 2016, at age 15, the petition used he/him pronouns, and there was no option on the form for a nonbinary gender marker. But it’s not unusual for people to reach self-discovery about their gender later in life.

ARE ALDRICH’S PRONOUNS RELEVANT TO THE CASE?

The defense team has said in court filings that the suspect is nonbinary, referring to “Mx. Aldrich” — employing a gender-neutral courtesy title equivalent to “Ms.” or “Mr.” and pronounced “mix” — in documents and in open court, and saying Aldrich uses gender-neutral they/them pronouns.

Prosecutors, however, have repeatedly used “he” and “his” pronouns. The judge presiding over the case also referred to Aldrich as “he” in court.

Xavier Kraus, a friend of the suspect, says he never heard Aldrich protest when referred to as “he” or “him” or claim a nonbinary identity until after being arrested.

Someone who is nonbinary can be charged with a hate crime for targeting peers, because hate crime laws are focused on the victims, not the perpetrator, experts say. But bringing a hate crime case to conviction can be difficult, because prosecutors must prove what motivated the defendant, a higher standard than usually required in court.

There is no indication that any of those slain at Club Q in Colorado Springs — Daniel Aston, 28; Derrick Rump, 38; Kelly Loving, 40; Raymond Green Vance, 22; and Ashley Paugh, 35 — identified as nonbinary or used gender-neutral pronouns. Aston and Loving have been identified by family and friends as transgender.

SHOULD ALDRICH’S PRONOUNS BE HONORED?

“I will probably never refer to him as such,” Kraus says. “It’s disrespectful for him to claim that.”

Matthew Haynes, co-owner of Club Q, says he doesn’t know Aldrich and can’t be sure of the shooter’s motives in identifying as nonbinary.

“Would I be surprised that it’s a tactic? Of course I wouldn’t be surprised,” he says. “The man has already demonstrated basically pure evil.”

Haynes notes that authorities in Colorado Springs have been meticulous in their use of pronouns and names when identifying victims.

“Twenty years ago they never would have cared about pronouns,” Haynes says.

Carl Charles, a senior attorney with the LGBTQ legal advocacy group Lambda Legal, said his organization trains court staff, including bailiffs, court officers and lawyers, to respect the asserted identity of all the people in a courtroom. And, Charles says, “this is no exception.”

No one would question it if a woman entered a courtroom wanting to be addressed as Ms. and using she/her pronouns, Charles says, and respecting those wishes does not bear on how seriously the court treats her crime. Aldrich’s case should be handled no differently.

“Understandably, people have some questions about this,” Charles says. “We can respect this person’s asserted identity, we can provide them with the same decorum we provide all defendants in a court of law, and we can also recognize that that in no way condones their reprehensible actions.”