UNION CITY, Tenn. — The Discovery Park of America is announcing an exciting addition. 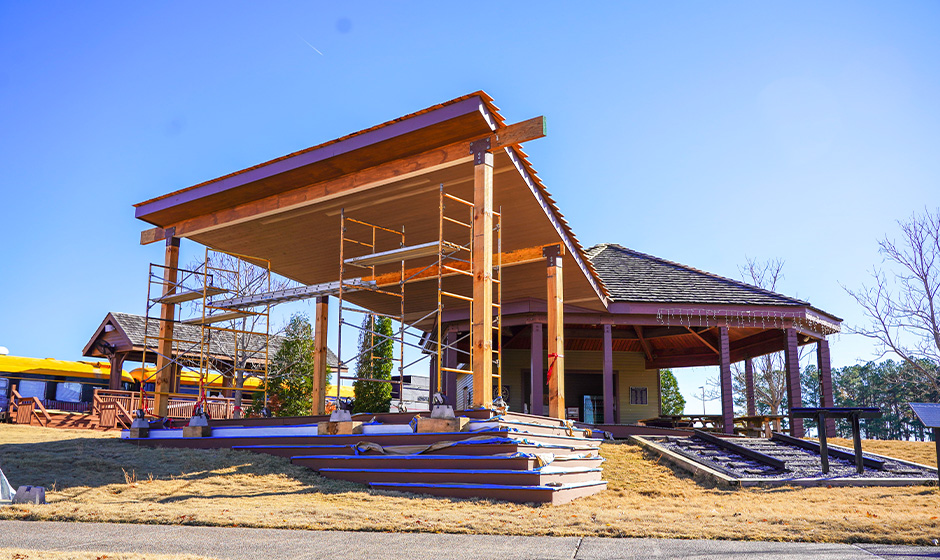 A new 700-square-foot outdoor entertainment stage is under construction as an addition to their Rotary Pavillion.

According to a news release, the stage will be used for concerts, theatrical productions, weddings, and other special events.

The stage will be located next to the Train Depot, beside the lake on the south side of the park. The release states the stage was designed after using temporary stages over the years in various locations, which helped them determine the best spot for entertainers and audiences.

“Part of the mission of Discovery Park is to champion the arts and bring all types of musical entertainment to Northwest Tennessee,” said museum director Karl Johnson. “This beautiful new stage will allow us to provide a quality venue for entertainers from around the country.”

Additionally, the Discovery Park is seeking a naming sponsor for the stage. In addition to gaining ongoing exposure from signage, the release states the sponsor will receive numerous annual benefits. Those interested in the sponsorship opportunity can email Mary Nita Bondurant at mbondurant@discoveryparkofamerica.com for more information.

The stage will be unveiled on May 5 during a grand opening concert for the kickoff of the Discovery Park’s annual summer concert series, Rhythm on the Rails.

Click here to learn more about the Discovery Park of America.