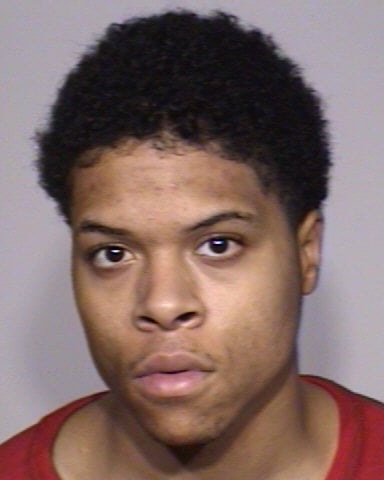 Caleb Mullins, 20, was sentenced this morning in Madison County Circuit Court, Division II, for murdering his aunt, Karen Mullins, 43, and stealing her SUV in a 2012 attack at her Copper Ridge Drive home in Jackson. Judge Don Allen sentenced Mullins to the maximum punishment allowed within Mullins’ sentencing range. He was sentenced to 25 years for second-degree murder, six years for theft of property more than $10,000, and six years for tampering with evidence. Those sentences will run consecutively for a maximum sentence of 37 years in prison. Mullins will be held at the Madison County Jail pending transfer to the Tennessee Department of Corrections. Around 9:50 p.m. Nov. 11, 2012, Jackson police received a call from Sharon Mullins in Louisville, Ky. after she had not heard from her twin sister, Karen Mullins, in almost two days. According to Sharon, it was uncharacteristic for so much time to pass without her talking to Karen. Officers responded to Karen’s home. Through the window, police saw a woman lying on the kitchen floor. Officers forced entry into the home and found Karen dead. Foul play was apparent. Investigators and an assistant county medical examiner were summoned to the scene. The cause of death was ruled a homicide due to multiple stab wounds. Police investigators determined that Karen’s nephew, Caleb Mullins, and her SUV were both missing. Investigators received information from Karen’s family in Louisville about a possible location of Caleb in Louisville. Jackson police contacted Louisville police, and they located Caleb and Karen’s SUV around 1 a.m. Nov. 12. He was taken into custody, and the SUV was impounded. The investigation revealed that Caleb fatally stabbed Karen, inside the home, on the evening of Nov. 10. He then took her Toyota Rav4 and drove to Louisville. Jackson investigators also recovered the murder weapon and a bloody shirt in a dumpster at Camellia Trace Apartments in Jackson. Caleb Mullins was extradited from Louisville and booked into the Madison County Jail on Dec. 18.