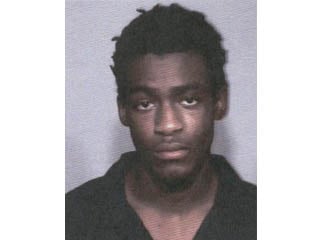 DOWNTOWN JACKSON — Jackson police have charged Randy Taylor, 18, with felony vandalism for etching gang graffiti on the walls of his holding cell at the Madison County Juvenile Detention Center. Taylor, who is already in custody for two counts of attempted murder, is scheduled to be arraigned via video link at 8 a.m. Wednesday in Jackson City Court on a felony vandalism charge. An investigation by police revealed that on Nov. 20, Taylor unscrewed a screw from a door faceplate in his cell at the detention center and used it to etch the graffiti into the walls. The estimated amount of damage was more than $500, making it a felony. On the same day that Taylor caused the damage, he was transferred from juvenile to adult court on the attempted murder charges. On July 21, Taylor, who was then 17, and Jonquarius Cunningham, 16, shot at two people in the Allenton Heights public housing complex. A 22-year-old man was grazed on the hand and a 16-year-old boy was hit multiple times. The teen victim remains in a Memphis hospital. Judge Christy Little ruled that Taylor and Cunningham could be tried as adults. Both are being held at the Madison County Jail with no bond. The attempted murder charges will be heard by the Madison County grand jury in February.