Commissioners: Office of Sheriff will Take Time to Fill 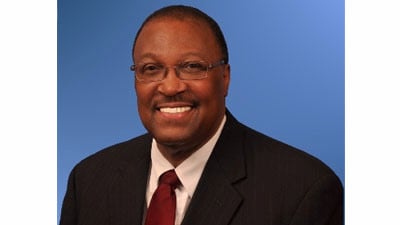 MADISON COUNTY, Tenn.- Madison County has a new sheriff after David Woolfork announced his retirement effective immediately Wednesday. The announcement came just hours after a judge temporarily ousted Woolfork from office. Officials said Chief Deputy Tommy Cunningham has taken over as interim sheriff until another sheriff can be appointed by the Madison County Commission. County leaders said they can not move forward until they receive Woolfork’s official retirement notice and it is approved by commissioners with a vote. Madison County’s Attorney Steve Maroney told WBBJ 7 Eyewitness News that Woolfork’s retirement, once approved will bring the county’s ouster lawsuit to an end. “Nothing about this case makes me happy. I’m sorry this case was necessary and I wish Sheriff Woolfork well,” Maroney said. Commissioners said the process to appoint a new sheriff will take time. Commissioners will first need to approve Woolfork’s retirement then announce the sheriff’s position is vacant. Officials said they anticipate making that announcement during their next County Commission meeting on Feb. 18. “From that point there is a 30 day window, for applicants to fill the vacancy so they would have time to get their post commission papers ready and their applications ready,” Mark Johnstone said, Madison County Commission Chairman. ” It’s a sad day, we are entering into uncharted waters from the county’s perspective. This is the first time we’ve had something like this happen.” Johnstone told WBBJ 7 Eyewitness News that all applicants must be certified through the Post Commission. Until then, officials said Cunningham’s salary will be increased to what the Sheriff Woolfork was making. “There are good people all throughout the sheriff’s department from top to bottom they are going to carry on their job with professionalism just like they have been and citizens in Madison County are going to continue to be well served,” said Johnstone. “Hopefully we can now put this behind us and move on to better days,” Maroney said. Commissioners said the earliest residents could see a new sheriff appointed is April 3. They said only then will a special called meeting be held to consider the applicants.