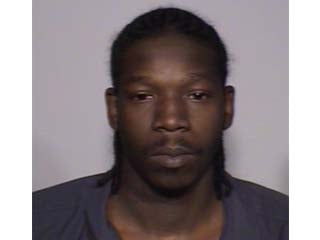 JACKSON, Tenn. – A man who was on trial in connection to a double murder was found guilty, Wednesday afternoon. The jury deliberated for about a half hour before returning with the verdict on the reckless endangerment and tampering with evidence charges. On April 28 around 3:05 a.m., police were called to a shooting at Wolfe Enterprises at 438 E. Main Street. Officers arrived to find Banes and Clark, both 31, of Jackson, with apparent gunshot wounds. They were transported to Jackson-Madison County General Hospital where they were later pronounced dead. Two other gunshot victims arrived at the hospital via personal vehicles. The investigation determined there was an argument on the parking lot of 438 E. Main Street as a party was letting out. Berry was allegedly the first person to fire a semi-automatic handgun into the air while he was standing in a crowd of people. Anthony Montrell Swift, of Jackson, is accused of shooting Brian Banes and Delandis Clark multiple times. After the shootings, police said that Berry left the scene and disposed of the weapon that he fired. Swift will be on trial on March 25.