Yates gets nearly half a century after beating child to death 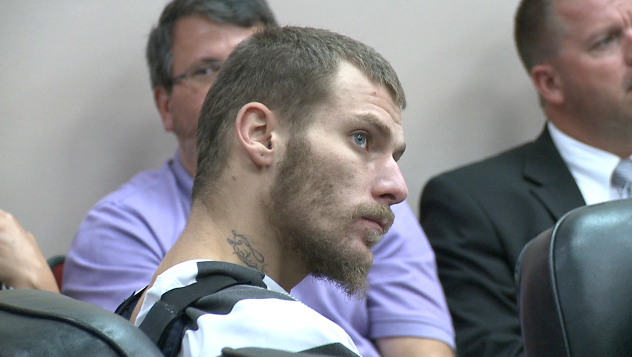 BENTON COUNTY, Tenn. — A Benton County man pleads guilty Monday to beating a 7-month-old baby to death last August. With that guilty plea, he will spend nearly half a century behind bars. Westlee Yates’ guilty plea deal will keep him off death row but behind bars for 48 years. The baby’s family said this is the justice they had hoped for from the beginning. “It’s a weight that’s been lifted off,” the baby’s grandmother Stacey Myers said. “He finally got justice.” More than nine months after the brutal killing of 7-month-old Joseph Hilliard, the man suspected admits to the crime and pleads guilty. “He stood in court today and showed no remorse when he told him he was pleading guilty to the death of that baby,” Myers said. Last August, Yates was charged with beating Joseph to death. He was caring for him at a home in Holladay while Joseph’s mother was down the road. “What appeared to me from observation was a hand print to the left side of the baby’s face,” Benton County Medical Examiner Steve Cantrell said. Prosecutors say Yates was eligible for the death penalty before this plea deal. “If we were to have fought it for the first-degree charge, it would have been drawn out over a couple of years,” Myers said. “He could have gotten a lesser sentence in the long run.” Now, he will be in prison for the next 48 years with no possibility of parole. The sentence is only three years shy of a life sentence in the state of Tennessee. “I hope every day he realizes what he’s done and it just eats at him,” Myers said. In a statement, District Attorney Matt Stowe agreed. “Forty-eight years at 100 percent is a very long time for him to think about what he did. This was truly a success.” “This was quick. It was sufficient, and now it’s done,” Myers said. “I couldn’t have asked for it to go any better.” Yates will be at least 74 years old before he’s eligible to be released from prison. There is not yet word on where he will serve his sentence.