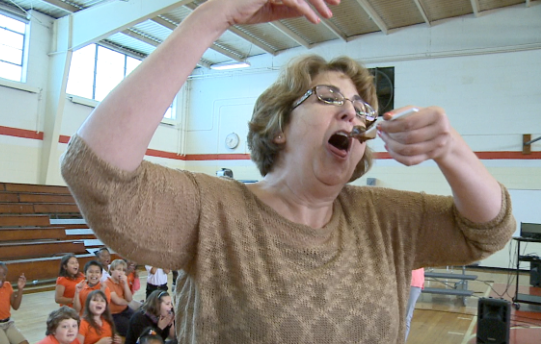 NORTH JACKSON — It was time Wednesday for East Elementary principal Judy Record to pay up. Second grade teacher Jeanette Coleman and her students challenged principal record to eat a worm if TCAP scores met the school’s goal, which they did. Students gave us their take on how the creepy crawler might taste. “I think it’s probably going to be really gross and it’s probably going to taste nasty,” student Autumn McDonald said. More than 100 students attended. Teachers tell us this was a great idea for students to get motivated and stay encouraged during test week.