New charges brought against all suspects in Holly Bobo case 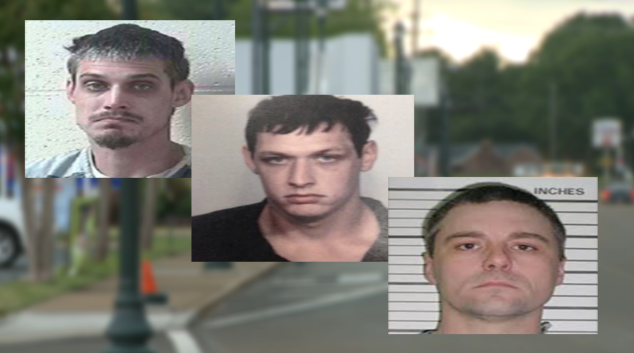 DECATUR COUNTY, Tenn. — Reaction, as new indictments are handed down for all three suspects in the Holly Bobo case. Zach Adams, Jason Autry, and Dylan Adams all now face the exact same charges in Holly’s kidnapping, rape and murder. A spokesperson for special prosecutor Jennifer Nichols confirmed a special grand jury met Tuesday and handed down the new charges. Residents of Decatur County said this major development brings them new hope. “We just all felt like there was a little more depth to it, than what had come out so far,” Brenda Cruse said. “It just felt like they all had more of a connection to what was going on than what they were charged with originally.” Last October, Dylan Adams was first indicted for raping Bobo. A spokesperson for special prosecutor Jennifer Nichols said Adams will now stand trial on counts of first degree murder and especially aggravated kidnapping. Dylan’s brother, Zach Adams and Jason Autry were indicted on those same two charges in March of 2014. This week, rape counts were added to their indictments. “The new developments are good, but we’re all looking for closure,” Cruse said. “We want them to be prosecuted if they’re guilty.” Now with all three suspects equally charged with the same four counts, many said it is one more step into figuring out what really happened to Holly. “Being that this is a tight-knit community, we have followed this closely,” resident Linda Brasher said. “We appreciate everything that is being done to get justice for the family.” Although four long years have gone by since Holly’s murder, residents said they are still hopeful. “Justice sometimes may be slow, but you do get justice in the end,” Brasher said. Holly Bobo’s partial remains were discovered in September of last year in a wooded area in Decatur County. Prosecutors are not saying what brought about these new charges .