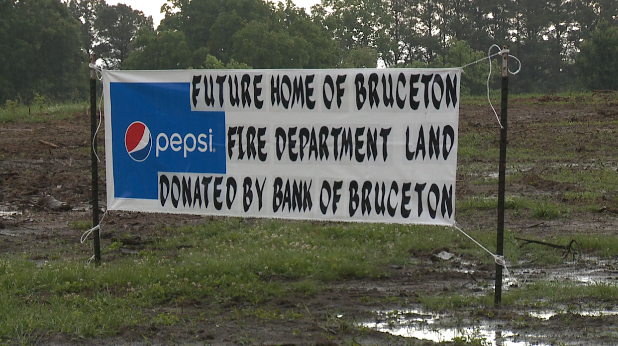 BRUCETON, Tenn. — Help is finally on the way to rebuild a West Tennessee fire station destroyed by fire. The Bruceton Fire Department signed the deed to their new home Wednesday morning that is allowing them to move forward from a tragedy that struck last fall. “I think it’s a big step forward, maybe getting closer to our new facilities, and we are looking forward to the future,” Fire Chief James Sloan said. The Bruceton Fire Department can now begin rebuilding. Last September, their firefighters responded to a different kind of call — their own fire station caught fire due to an alternator exploding on a truck. Crews managed to salvage their trucks and some equipment, but the building was a total loss. “Chief Sloan was looking for a place to relocate,” Bank of Bruceton Branch Manager Rod Sturdivant said. “He approached us about maybe selling him some land.” However, management at the Bank of Bruceton had a different idea. “And we decided we would donate some to them,” Sturdivant said. Mayor Robert Keaton said the offer couldn’t have come at a better time for the department. They have been working out of a maintenance building attached to City Hall. Fire officials agree. “It’s a blessing to have more room and get back to normal firefighting,” Sloan said. The new land is more than an acre and gives the fire department room to expand.