Police: Shooter on run; one in critical condition 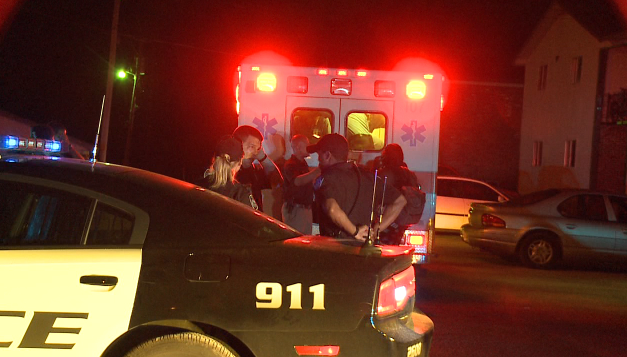 WEST JACKSON, Tenn. — A man is in critical condition at a Jackson hospital after a late night shooting in west Jackson. Jackson police say they still have no suspects in the shooting, and with one person still clinging to life at the hospital it has many Guardian Courts residents on edge. “I was sitting on the porch and the next thing I heard were two gunshots,” resident Cam Graves said. “Then people started running, and I ran in the house.” Jackson police say those shots critically injured one person who remains in the hospital, and investigators say the person who pulled the trigger remains on the run. “I just heard a lot of commotion going on,” resident Robert Givens said. For residents of Guardian Courts, they say although it was frightening to watch and hear, incidents like this have become somewhat of the norm. “People come here and something always going on,” Givens said. “People need to stay where they need to be, at home.” And minding your own business is what some residents say keeps them safe. “Like if you keep to yourself, there ain’t nothing wrong,” Graves said. “Nothing is going to happen if you just go to work, come home and tend to your family.” But in a place where children are usually playing, neighbors say any incident is one too many. “Anything could happen,” Givens said. “Someone could have shot a kid.” Jackson police have not released a description of a suspect in this shooting. If you have any information that might be able to help police, you’re asked to call Crime Stoppers at 731-424-TIPS (8477). All calls can remain anonymous.