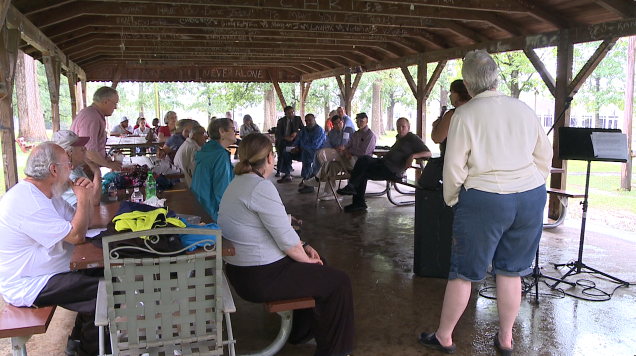 JACKSON, Tenn. — West Tennesseans of different religious backgrounds, ages and races sat down Sunday at Conger Park for Unity in the Park. It was a discussion on how their differences can unite them. More than two dozen people participated, some from as far away as North Carolina. Each took turns sharing their faith. Some translated Islamic and Jewish texts to English. “What we’re doing is trying to create an atmosphere of a common bond,” Rebecca Schmidt said. Schmidt said she hopes the participants carry away the message of unity and use it in their daily lives.