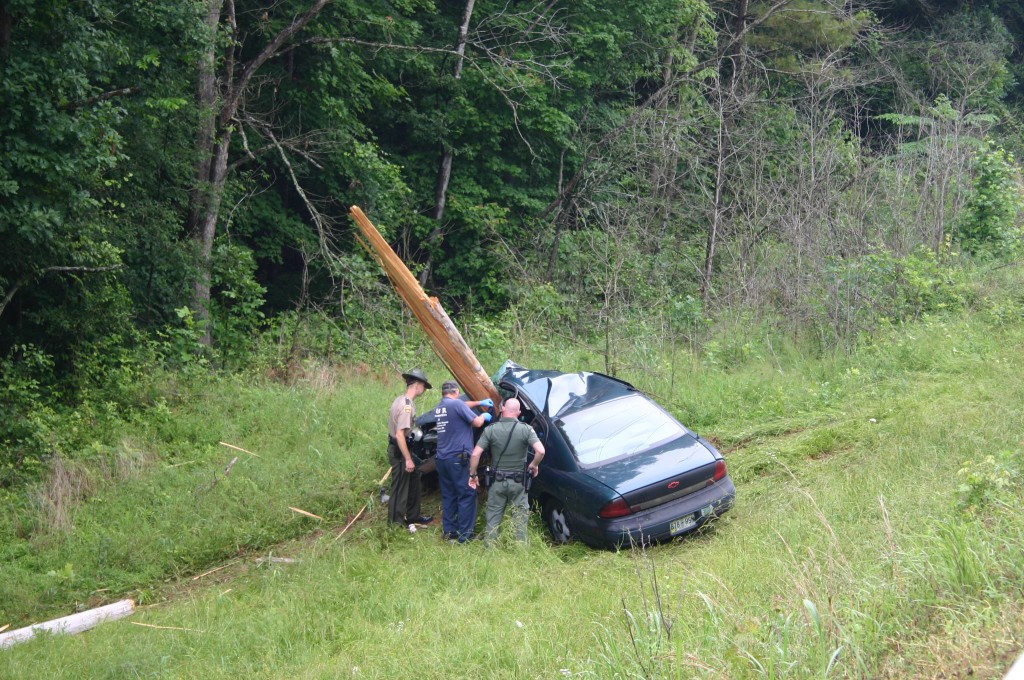 WEAKLEY COUNTY, Tenn. — A West Tennessee man is back to work after surviving an accident that crushed his car. John Johnson was driving to work Monday morning off of Highway 118 South just north of Dresden when he ran off the road and struck a utility pole. His family says it is a miracle he is alive. “How am I alive right now?” Johnson said. “Like, that was my first car accident ever. I’ve never been in a car wreck in the 11 years I’ve been driving.” Johnson said he was on his way to work for his first day as assistant manager at Dresden’s new Dollar Tree when he swerved off the road due to slick road conditions. Johnson said he was pulled off the road into the gully where he ran into the utility pole that saved his life. “As soon as I hit it, I was ejected out the driver window,” he said. Eyewitnesses called 911. Johnson said he ran from the car to escape a falling utility pole. The victim’s mother said she is thankful to God her son was able to walk away. “He was all right — he was living. And then I seen the car and I said, ‘there’s another purpose for him,'” she said. Johnson said this second chance at life has changed his perspective. “I think before life was taken for granted, but seeing how easily something can go wrong, it definitely makes you more aware of your surroundings and how easy it is to lose a life,” he said. Johnson walked away with some cuts and scratches and a fractured vertebra but should be completely healed in six weeks. While this young man’s life was saved by not wearing his seat belt, that is not typically the case. According to the Governor’s Highway Safety Office, more than 50 percent of vehicle occupants killed in crashes in Tennessee were not wearing seat belts.