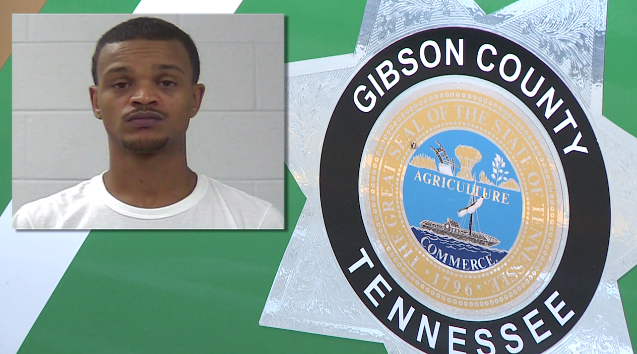 GIBSON COUNTY, Tenn. — More than 24 hours on the run, in shackles and with no shoes, an escaped Gibson County inmate has continued to evade officers. Sheriff’s deputies, local police and the U.S. Marshal’s Service have been tracking Jeffery Patterson after he escaped out the front doors of the Gibson County juvenile court house Monday morning. With him still on the run, deputies said this is something that should have never happened. “It’s a mistake on our part,” Sheriff Paul Thomas said. “It’s a tragic mistake.” It was through the front doors that deputies say Patterson made his escape from a jailer who stepped away from him for only a second. “When he turned his back to secure the other door, Mr. Patterson made his way out the front door,” Thomas said. “He ran across the street and behind some buildings.” Escorting inmates is something Thomas said his court officers do on a daily basis, but he said their system is now getting a second look. “When you transport 100 inmates a week to and from court and nothing ever happens, you get comfortable,” Thomas said. “It takes the one time to reel you back in and make you realize it can happen.” The sheriff said no process is perfect but that he hopes more oversight will help. “All we can do is try to put measures in place to try and prevent it from happening again,” Thomas said. But with one escapee already too much, Thomas said getting Patterson back in custody is their No. 1 priority. “If he’s still in shackles and he’s been out all night, he’s miserable by now,” Thomas said. “He’s got to be hungry. It was hot last night and it’s humid.” And in a place where most everyone knows everyone, residents said it’s only a matter of time before someone recognizes him. “If he doesn’t give himself up, as soon as he’s noticed, someone is going to give him up,” resident Mindy Hawks said. “So he can run, he can hide, but he’ll be caught.” Sheriff Thomas said the jailer with Patterson at the time of his escape will not face any disciplinary action. If you know of Patterson’s whereabouts, you’re urged to call the Gibson County Sheriff’s Office at 731-855-1121. A cash reward is being offered by the U.S. Marshal’s Service.