We’ve already recorded 1.09″ of rain at the WBBJ 7 Eyewitness News studios in East Jackson tonight but more rain is on the way! With the center for low pressure directly over West Tennessee right now, we’ve got colder weather with scattered showers back in the forecast for Wednesday. 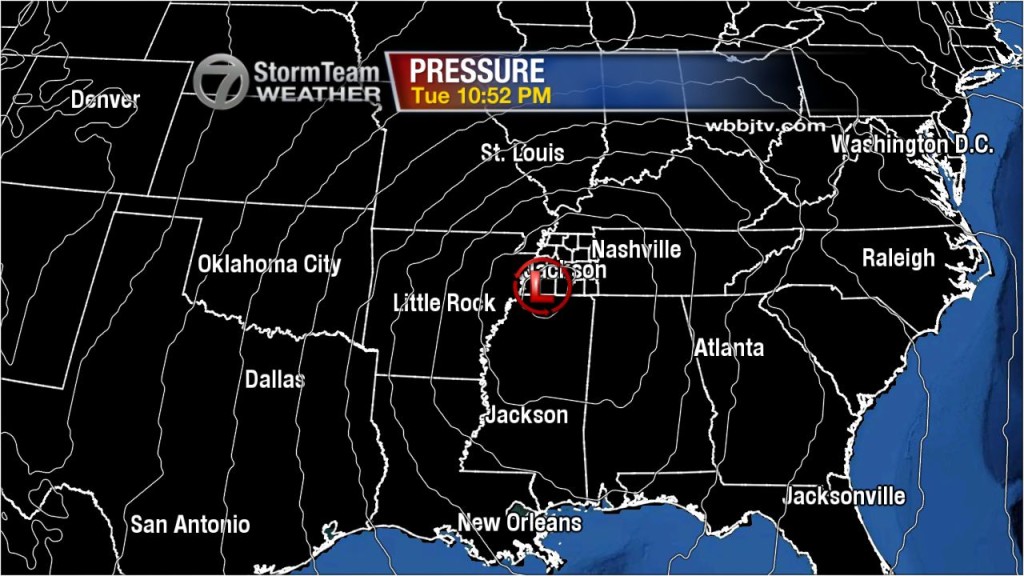 Parts of the Mid-South may not see the rain end until Wednesday night. Localized flash flooding will be possible with any heavy rain that develops tonight and tomorrow. Higher rainfall totals will be possible near the Mississippi River and lower amounts are expected near the Tennessee River once all the rain is over. 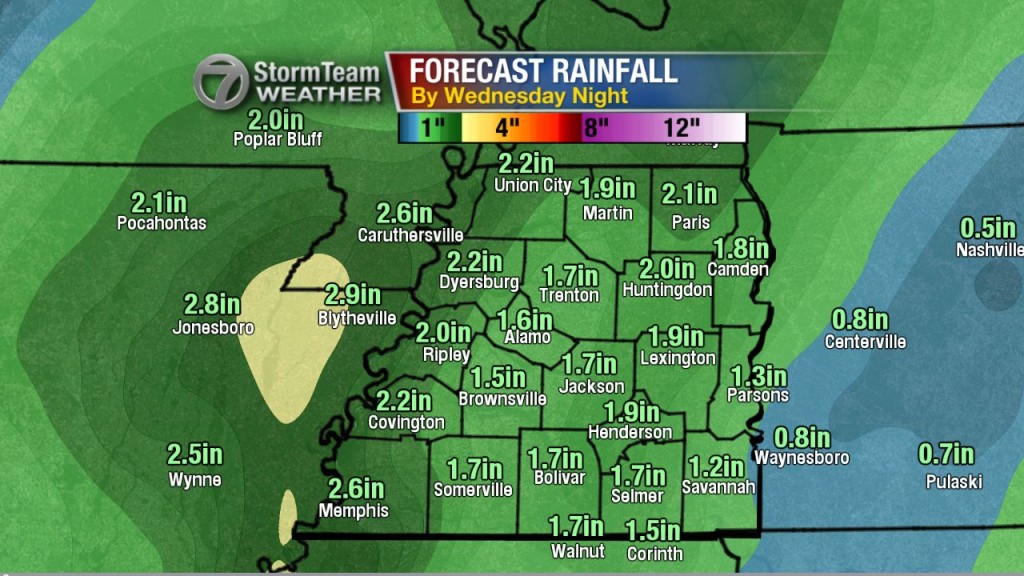 Besides the frequent rain, winds will be strong at times for much of Wednesday into Thursday. Winds will generally be blowing between 10 and 20 miles per hour but speeds over 20 mph and gusts over 30 mph will be possible – especially in areas near the Mississippi River. This is going to make temperatures feel like they’re in the middle 30s at the warmest point of the day on Wednesday! 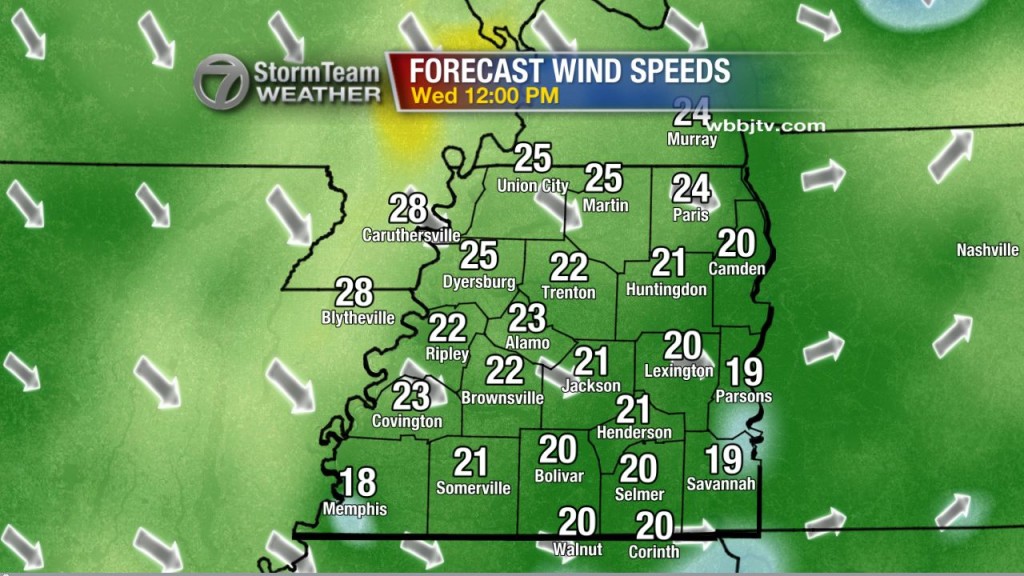 There’s also a possibility that the rain on Wednesday morning briefly becomes mixed in with some snow for portions of West Tennessee near the Mississippi River and across northwest Tennessee. Given the warm weekend we had recently, the ground temperatures may keep the snow from sticking to the roads but if it falls quick enough, we could see light accumulation on grassy surfaces and tree branches between 7am and 12pm noon on Wednesday. 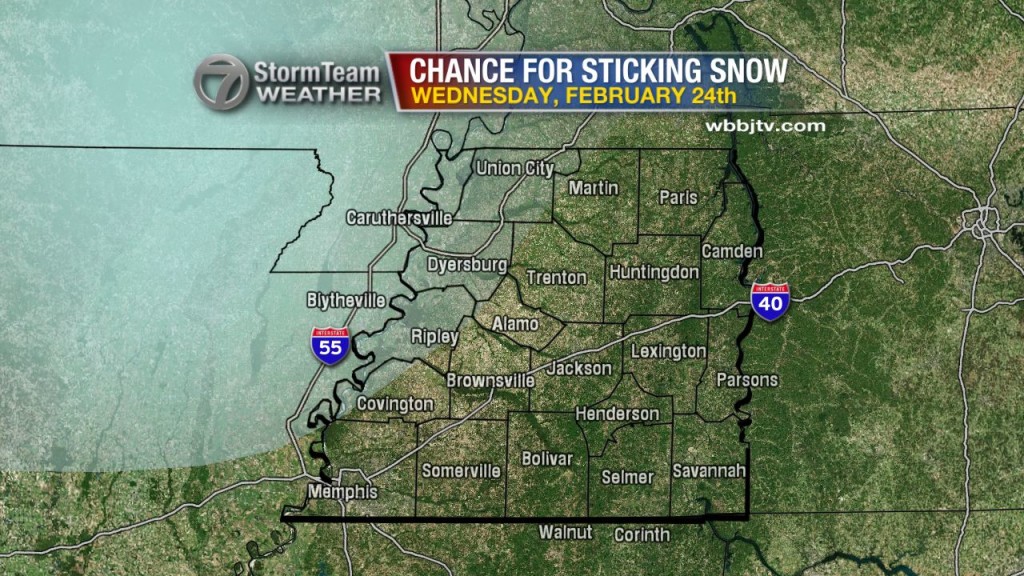 We have temperatures in the 60s in the forecast for the upcoming weekend with a long-awaited return to sunny skies by Friday. Stay with the VIPIR 7 Storm Team for the very latest updates to this forecast!