Paris to switch to LED streetlights

PARIS, Tenn. — Paris is known as the City of Light, and West Tennessee’s own Paris is getting a bright new makeover. 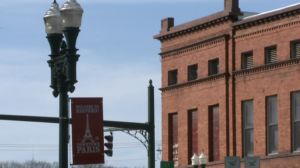 Paris will soon be brighter than ever as city officials launch an energy efficiency project across the city.

“It’s just an opportunity to do something progressive in our community and switch everything over to LED,” City Manager Kim Foster said.

On Tuesday, auditors will be walking through Paris examining every streetlight.

“There will be auditors in town that will be going through all of the city on foot looking at all of the poles and the existing streetlights and documenting everything to make sure that we get every one,” Foster said.

City leaders say they will be replacing more than 2,500 lights across Paris in this much needed upgrade to green.

But the green initiative doesn’t stop at streetlights.

“Along with maybe some HVAC systems, some indoor lighting in some of the buildings,” Foster said.

This project is also cost efficient — the money saved by cutting back on energy will pay for the project completely.

“All of the savings that we get in energy consumption and not having to pay a higher utility bill will offset the cost of the bond that we have to issue to cover the cost,” Foster said.

Foster said they hope to start the process of replacing the lights in May, and this will be a continuing project over the next six to eight months.

Wet Start to the Week with Sunshine Returning by the Weekend