WASHINGTON (AP) — House Speaker Nancy Pelosi has announced the House is moving forward with an official impeachment inquiry of President Donald Trump, saying “no one is above the law.” 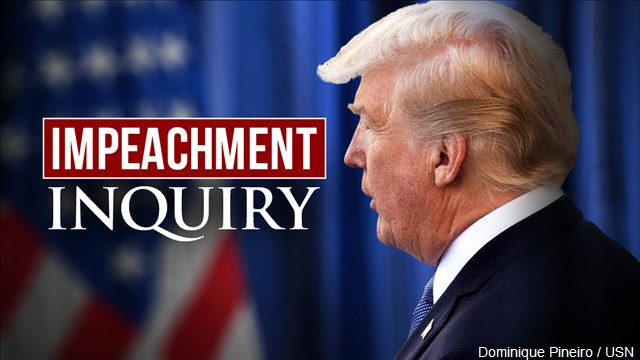 Her remarks at a closed-door meeting were described by two people familiar with the remarks who were not authorized to discuss them publicly and spoke on condition of anonymity.

A third person familiar with Pelosi’s remarks but unauthorized to speak publicly says she told Democrats they have reached “a moment of truth” with the president.

She called reports indicating that Trump pressured Ukraine’s leader to investigate Joe Biden’s family “a betrayal of our national security” and a “betrayal of our election.”

Trump insists he did nothing wrong when it comes to Ukraine and announced he’ll release a transcript of a phone call with the Ukrainian president.