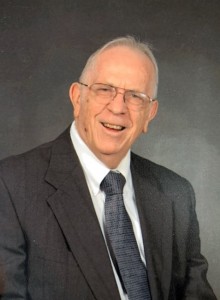 Rev. Paul Lincoln Phillips joined his Lord on March 16, 2020 after a long illness.

Paul was born on November 20, 1934 in Gainesboro, Tennessee, the son of Rev. E.A. Phillips and Bessie Gant Phillips. Called to the ministry from childhood, Paul joined his father and two older brothers as a Methodist minister. Collectively, the Phillips’s served 200+ collective years in ministry.

Paul began his formal ministry at age 19 while a student at Lambuth College in Jackson where he would earn his Bachelor’s Degree in 1956. From there, he went to Vanderbilt University and earned a Master of Divinity in 1959. Over the span of 40 + years, Paul served churches throughout the Memphis Annual Conference of the United Methodist Church, serving numerous appointments in Western Kentucky and West Tennessee. He retired on December 31, 1996 but remained active, still preaching the gospel at a number of churches and always willing to speak at nursing homes, retirement communities and wherever asked to do so.

Paul was an active member of the Masonic Order, raised as a Master Mason over 60 years ago. He was a member of the York Rite and Scottish Rite, becoming a 33rd Degree mason in 1997. In 2005, he served as the Grand Master of Tennessee. He was in the Eastern Star and was a Shriner.

The family recognizes the current health concerns sweeping our nation and understands the reluctance of some to attend events with crowds. Thus, they appreciate and honor the “social distancing” anyone feels necessary.