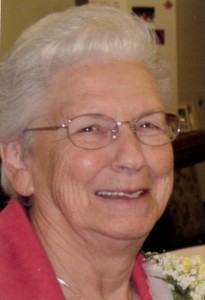 Maxine was born May 1, 1930 in Dresden, Tennessee, the daughter of the late Joseph F. Freeman and Jessie Davis Freeman. She was married in 1946 to Albert Chambers and in 1968, opened Janitor Supply Center in Memphis, which they owned and operated for many years. She was a member of Grace Church of the Nazarene in Memphis and enjoyed reading, doing crossword puzzles, cooking for her family and special times with her grandchildren and great-grandchildren.

Mrs. Chambers is survived by her daughter, JoAnn Brock and her husband, Michael of Arlington, TN; two sons, Dennis Chambers and his wife, Joette of Olive Branch, MS and Russell Chambers of Laurium, MI; seven grandchildren, fourteen great-grandchildren and one great-great-grandchild. In addition to her husband and parents, she was preceded in death by eight siblings and her grandson, Corey Jones.

Due to the current national conditions and the family’s concern for the health and well-being of others, a private funeral service will be held and interment will be in the Fayette County Memorial Park Cemetery on Highway 64.

The family requests that memorials be directed to Grace Church of the Nazarene, 8979 E. Shelby Drive, Memphis, TN 38125.