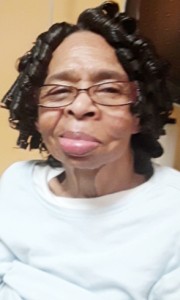 Laura Jean Baker Jorgensen age 78, departed to be with the Lord on Sunday, March 22, 2020 at Jackson-Madison County General Hospital. Laura was born on February 17, 1942 in Stanton, TN to the late Eugene “Buddy” Clark & Mattie Kate Hunter Clark. She accepted Christ at a very early age at Douglass Chapel C.M.E. Church. She graduated with honors from Kennedy-King College in Chicago, IL. While living in Chicago for several years, she was employed as a nurse and a postal worker for the Chicago Postal Service, where she later retired. She worshiped at Unity of Love M.B. Church. She faithfully served as a nurse and tended to the needs and works there. She instilled in her family, children and grandchildren the Love of God. Upon retiring she moved back to Stanton, TN, near her mother and father. Laura held many titles from: Nurse, Stewardess, Postal Worker, Daughter, Sister, Aunt, but most importantly a loving Mother. The only thing she loved as much as she loved God, was her family. No one was a stranger to her and she never had a bad word to say about anybody. Her loving, nurturing, kind-hearted spirit was felt by any one she came in contact with. Laura Jean was preceded in death by two siblings: James “Jimmy” Clark and Blanche “Bome” Clark. Laura leaves to mourn her legacy three children: Lisa Y. Williams of Las Vegas, Nevada, Charles “Brother” W. Baker of Oakfield, Tennessee and Deborah “Debbie” J. Baker of Lynwood, Illinois. Sister, Brothers and their Spouses: Gloria and James Rivers of Stanton, TN, Cynthia and George Bonner of Somerville, TN, Jacqueline Clark of Nashville, TN and Corlette Lewis of Stanton, TN, Floyd Hayes and Molly Clark of Sandusky, OH, Carl E. and Warlean Clark of Brownsville, TN, Michael Clark of Brownsville, TN, Jerry Clark of Stanton, TN, Kenneth and Barbara Clark of Whiteville, TN, Eric and Tajuana Clark of Stanton, TN. Nine Grandchildren: Keden Williams, Charles Baker III, Kendell Wimmians, Charee’ Baker, Pierre Baker, Rev. Giovonnt’e D. Baker, Garisha Goodman, JoNathan Davis, Kimberly Baker. 13 Great-Grandchildren, Five Aunts and Uncles & a host of nieces, nephews, cousins and loved ones. “Have Mercy!” Due to restrictions on large gatherings, the family will have a private graveside service. On behalf of the Lea & Simmons Funeral Group, thank you for understanding these limitations as we all work together in these uncertain times.
Lea & Simmons Funeral Home
1280 South Dupree Avenue
Brownsville, Tn 38012
731-772-8880 / Obit-731-772-8744
www.leaandsimmons.com
Attachments area