JACKSON, Tenn. — Friday afternoon, the Jackson-Madison County School System Budget Committee met to discuss budget cuts for this year and possibly the next. 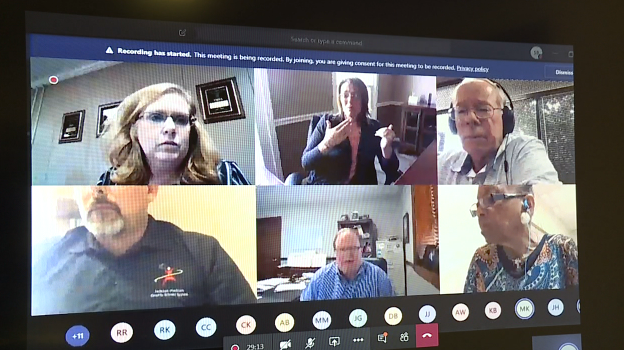 “Our current year budget will be cut by $6 million and anticipate our FY 2021 budget will be cut around $10.2 million, based on the decline in local sales tax related to the COVID-19 crisis,” said Jackson-Madison County School System Interim-Superintendent Ray Washington.

Washington says with stores closed and people not shopping as much, the local retail sales tax is seeing a shortfall. The result is less money from the county commission’s maintenance of effort fund.

“Even though we’re starting to lift some things and things are starting to come back, we won’t ever be back the way we were before, within the next year or maybe even the following year after that,” Washington said.

Washington says this year’s cut of $6 million will be absorbed by a $13 million reserve fund, but next year’s expected cuts are causing some concerns.

“In order to get to $10 million, we have to do some dramatic changes to how we have to do businesses, and we’re just evaluating that as we go,” Washington said.

During Friday’s budget meeting, board members said they’ve gone through every line item in the budget and for all school locations in the district.

They were able to reduce their budget by $4 million, but they still have to find a way to cut another $6 million.

“We’ll work this out like we’ve done everything else, and we just continue to pray and have faith. That’s all we do,” Washington said.

Washington says in order for the school district to lose the $10 million dollars, the state legislature has to pass a law that will relieve local funding bodies that cannot pay maintenance of effort funds.