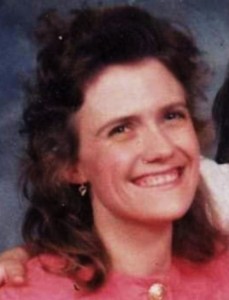 She was born on January 14,1967 in Miller, Nebraska, the daughter of Lila Benner Wright and the late Jim Wright. She was a grill operator for Waffle House.

In addition to her father, she was preceded in death by her husband, Fred Jones; and daughter Debra Ann Proctor.

She is survived by her daughter, Kimberly Proctor of Portland, OR; her mother, Lila Wright; and her granddaughter, Anastasia Foster.

In keeping with her wishes, she will be cremated and her ashes will be placed at her home place in Nebraska. George A. Smith and Sons, North Chapel. (731) 427-5555.