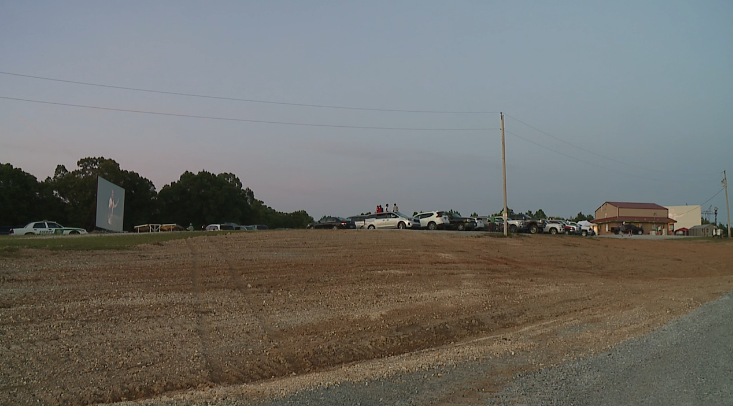 “We’re all Christians, we go to church every Sunday. It’s a really good experience for all of us to do something together. It’s nice to have the kids around doing stuff like this,” concert goer Levi Craig said.

Craig and his family attended a Toby Mac concert, but not where you’d normally think.

Birdsong Drive In movie theater in Camden kicked off its summer concert series with the Christian artist.

“It’s nice not having to go so far,” concert goer Preston Willtrout said.

Families and friends parked their cars in front of the stage for the concert.

Concert goers say it’s nice to just get out and enjoy live music in person. For some, it’s their first Toby Mac concert.

“It’s something to do with the family. It’s right down the road, and it’s Toby Mac,” Craig said.

One family explains what brought them out.

“Just getting to see them perform live and the atmosphere is what I’m hoping to experience,” concert goer Amanda Willtrout said.

The next concert in the series is from Michael W. Smith, Steven Curits Chapman, and Mac Powell.