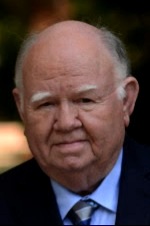 Bill was born February 2, 1936 in Memphis, Tennessee, the son of the late Francis Boswell and Evelyn Farmer Boswell. He graduated from Central High School in Memphis and was married June 3, 1967 to the former Joan Widman who preceded him in death on May 29, 2018. He was employed for over 30 years as an award-winning salesman in the food service industry before his retirement in 2008. Bill was of the Christian faith.

He was an avid bowler who had one of the earliest 300-point games in Shelby County. Bill was a member of the Tennessee Squire Association of the Jack Daniels Distillery. He was a sports fan who enjoyed coaching his boys’ baseball, football, soccer and basketball, and also loved listening to blues music.

Those honored to serve as pallbearers will be Michael Drake, John Boswell, Stephen Boswell and Frank Boswell.