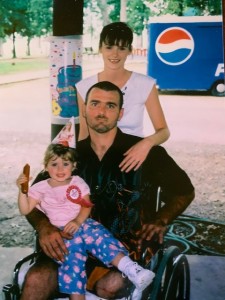 Christopher Rodney Butler age 46, passed away on Tuesday, July 21, 2020 in Jackson, TN.  All services are under the direction of the Bells Funeral Home.

He was preceded in death by his wife of 5 years:  Tiffany Darnaby Butler; his infant son:  William Luther Jaxon Butler; and his mother:  Alice Faye Jackson Howell.

The Butler family has chosen cremation and further information will be announced as it becomes available by the Bells Funeral Home.