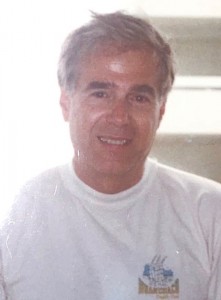 He was born June 6, 1938 in Brooklyn, NY & was the son of Harry & Anne Krasner. He was raised in Memphis, TN & graduated from Central High in 1956. He attended Christian Brothers University & served in the Army Reserve as part of the 844th engineering battalion. Harvey loved any & everything that had to do with electricity & radio. He was a microwave signal engineer at Hayes Aircraft, Western Union & ITT. It was his job at ITT that took him from Memphis to Chicago, where he met the love of his life, Sylvia Dixon.

The two were married in 1966 and had two sons, Geoffrey Todd & Jason Brett. During the Persian Gulf War, due to him having his 2nd Telegraph operator license & his expertise in radio, Harvey was extremely sought after in the field of merchant marine. He was the source of communication on multiple ships, MATSON being the longest. He got to travel the world doing what he loved.

Once he retired, he returned to Jackson, TN. Harvey was a fun, eccentric & kind character who will be sorely missed by his loving family & a barrage of friends.

He was predeceased by his parents Harry & Anne, his wife Sylvia, and his daughter Mary Ellen.

He is survived by his sons, Todd (Karen) and Brett (Rhonda), and granddaughters, Lauren, Hanna, all of Jackson. He is also survived by a sister, Joan Monder of NY.

The family will receive friends and loved ones on Wednesday, July 29, 2020 from 11 a.m. – 1 p.m. at the North Chapel of George A. Smith and Sons with the funeral service following at 1 p.m. Burial will follow in B’Nai Israel Cemetery.