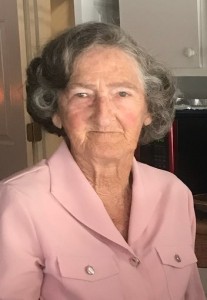 Betty was born August 7, 1934 in Holly Springs, Mississippi, the daughter of the late Eugene Clifton Treadwell and Mantie Lou Jones Treadwell. She graduated from school in Lamar, Mississippi and was married in 1965 to Garland Stokes. She was employed as a supervisor at Bellsouth for many years before her retirement and was a member of Moscow United Methodist Church. Betty had a special love for animals, especially cats and dogs.

In addition to her husband and parents, she was preceded in death by her sister, Peggy Sue Treadwell and her brother, Robert Clifton Treadwell.

Graveside Services for Mrs. Stokes will be held at 10 A.M. Monday, August 3, 2020 at the Magnolia Cemetery in Collierville with Rev. James “Jim” Griffith officiating.