JACKSON, Tenn. — Locals went out to the West Tennessee Farmers Market in Jackson. 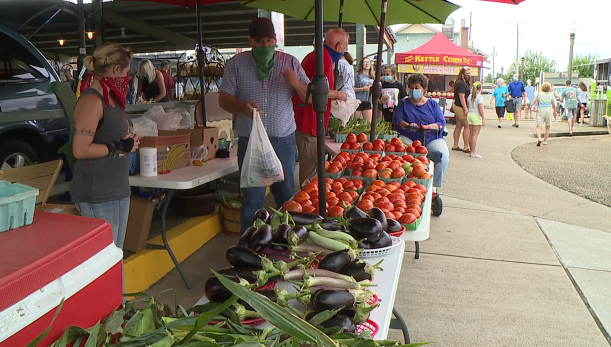 A rainy morning did not stop the foot traffic from filing into downtown Jackson for some fresh produce.

Farmers who grow produce say the growing season has been different this year.

They say it is due to plenty of rain and hot weather.

“This season, this year has been really different. It has rained a lot the first year and it’s been really, really hot,” said Knott Farms Farmer Bennett Frank Knott. “And the plants grown in the farms and stuff like that, it has turned a different way of producing not as much as they should and then sometimes some fields are more than others.”

Planting for cool season falls between July 1 and September 30.