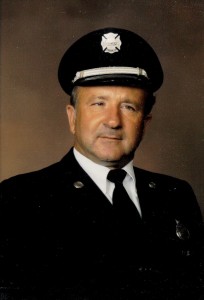 James was born September 7, 1943 in Somerville, Tennessee, the son of the late Alvis Eugene Davis and Thelma Arline German Davis. He graduated from Fayette County High School and served his country in the United States Navy. He was married December 20, 1964 to the former Betty Marie Qualls and he attended Hickory Withe Baptist Church. James was employed as a firefighter with the Memphis Fire Department for 26 years before his retirement as a Lieutenant. He had been a resident of Mason for over 50 years and was known for building fences and cutting and delivering firewood to people. James’ favorite thing was spending time with his grandsons, which included time spent on the farm and attending their sporting events. He also enjoyed golfing and fishing.