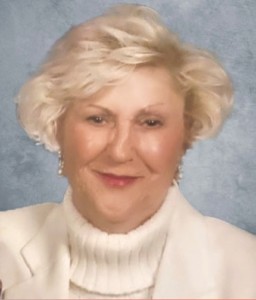 She was born September 9,1932 in Henderson county to the late John and Ruth Stanfill. She was a active member at First Cumberland Presbyterian Church where she also served as a elder. She worked many years in the insurance business in Jackson.

In addition to her parents she is preceded in death by her husband Edgar O. Ward Jr, her daughter Sherry Jean Ward Austin and two brothers, Johnny Stanfill and Bill Stanfill.

She is survived by her Son, Dan Ward and one brother Gerald Stanfill as well as several grandchildren.

A private graveside service will be conducted on Wednesday at 11:00 a.m. at Highland Memorial Gardens with Terry Hunley officiating. Burial will follow the service. George A. Smith and Sons, North Chapel (731) 427-5555.