JACKSON, Tenn. — The Tennessee Department of Transportation is continuing the ongoing project of widening Interstate 40. 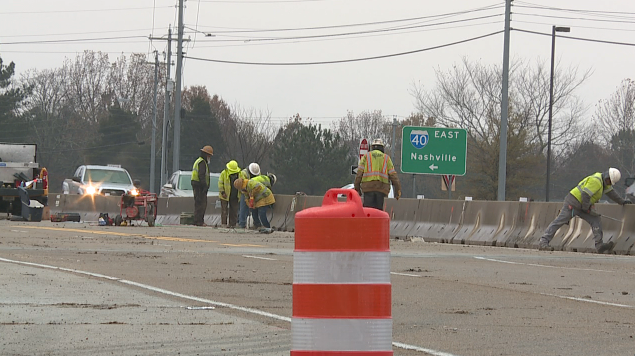 This is the first road closure of this phase of the project, allowing crews to begin phasing the demolition part of the Campbell Street bridge.

“That area of I-40 carries around 50,000 vehicles per day and about 25% of that is truck traffic. So anytime we can add capacity, it’s going to help the commuters daily,” said Nichole Lawrence, TDOT Community Relations Officer.

TDOT is continuing their ongoing project of widening the interstate from four lanes to six lanes.

In the $87.9 million project, TDOT will replace five bridges along that route as well. This Friday will be the first street closure of the project.

“This specific weekend, beginning at 7 p.m. Friday night, until Monday morning at 6 a.m., the interstate traffic east and west bound will be traveling up and over the ramps at Campbell Street,” Lawrence said.

During the Campbell Street closure, the interstate will be narrowed down to one lane so that the traffic can safely exit the ramp and get back on the interstate on the other side of the ramp.

“There’s always going to be some closures when you have a big project,” Lawrence said. “And you’re building bridges, so we will always give you guys plenty of time and fair warning.”

Monday morning, Campbell Street will reopen to one lane in each direction instead of the multiple lanes that it is used to.

“It’s always a good time to remind folks to not drive distracted, to make sure your seat belt is on, make sure you slow down during those construction points. On the interstate the speed limit is reduced for your safety and our workers safety,” Lawrence said.

The estimated completion date for this project is November 2022. For more information on TDOT road closures, check out the SmartWay map.