JACKSON, Tenn. — Before the Power Ball drawings were read Wednesday night, we asked several people standing in line to buy a ticket what would they do with all that money if they won. 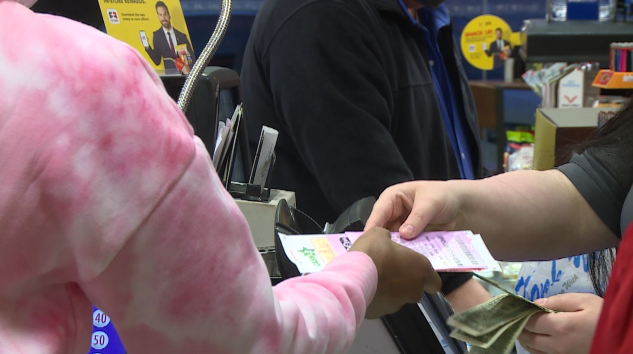 “I just bought the $3 power ball ticket and hoping to be a big winner,” winner hopeful Erik Moccabee says.

Both the Powerball and Mega Millions jackpots are growing, and it seems the amount of people in line for a ticket are too.

We asked a few people who purchased tickets how they would celebrate that huge jackpot.

If you didn’t win Wednesday’s drawing, you can still buy a mega millions ticket for the next drawing on Friday night.

The Mega Millions jackpot climbed to 750 million, the fifth largest in U.S. lottery history after no one claimed a winning ticket on Tuesday.

“I have the winning ticket so don’t come looking for me for the money tomorrow,” Moccabee says.

We’ll see if anyone claims the more than half a billion dollar jackpot. If not, the next Powerball drawing is Saturday night, right before our 10 o’clock newscast.