The transfer of power took place in Washington Wednesday afternoon, among heightened security and a pandemic that has claimed thousands of lives in the United States. 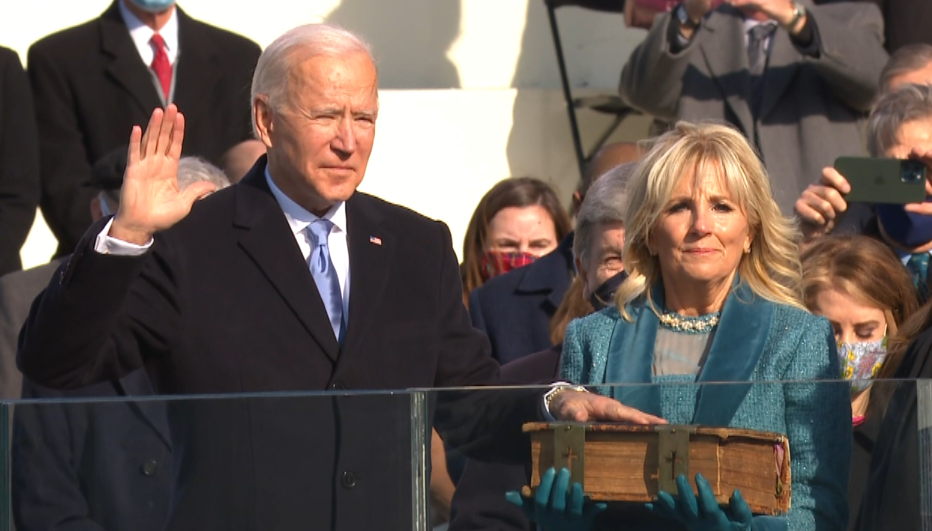 In West Tennessee, many shared their thoughts on Wednesday’s inauguration that was televised nationwide.

“Well, I think the whole thing was pretty tight with the security and everything. It was good, but it was just reduced to a smaller number because of all the security and recent events,” said resident, Horace Taylor.

“I thought it was absolutely amazing. Lady Gaga did a fantastic job and so did J. Lo,” said resident, Zakkeus Bonds.

Biden’s vice president, Kamala Harris, is the first woman and first woman of color to serve as VP of the United States.

“Getting to see the first African American woman get inaugurated as vice-president, that is completely insane in 2021. It was amazing,” said Bonds.

Many West Tennesseans say they hope to see COVID-19 finally controlled and a positive future for the nation.

“Adhere to the rules so that we can be able to get this virus down and calm everything, so that we can get back to our normal lives. I am hoping that we see more unity in our country and more loved ones again,” said Bonds.

“I think it would be a good thing to build on for the first year and see how that goes and go from there,” said Taylor.

Just hours after Biden was sworn-in, he signed 17 executive actions in the oval office.