(CBS Newspath) — A kangaroo in Alabama is not something you see every day, but some in Winfield were able to catch a glimpse of one as it hopped along Monday afternoon. 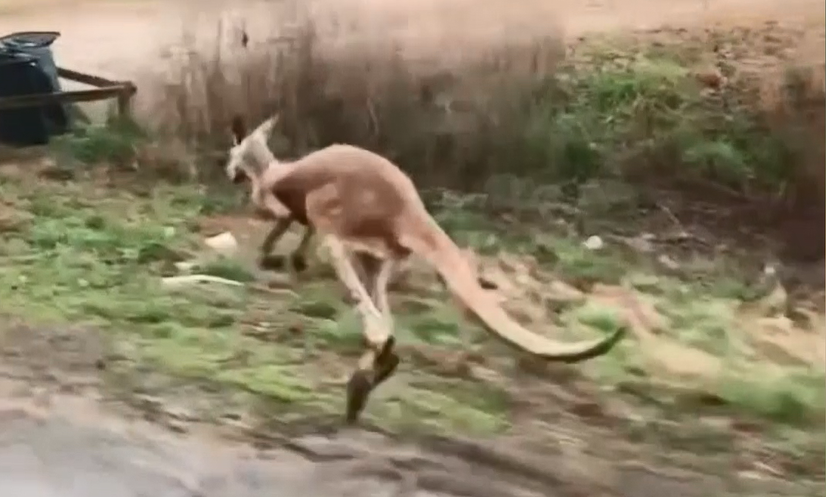 According to Braxton Basinger of B and H Livestock, he originally bought the kangaroo in Mississippi and was planning to sell it to a customer in Tennessee later in the week.

While keeping it at his property in Winfield, one of Basinger’s employees was trying to get the kangaroo out of a trailer when it got loose.

“You have to grab them buy the tail to have control over them,” Basinger told CBS 42 Monday night. “He grabbed him by the tail, but he didn’t have a good grip on him. Next thing I know, he’s going down the driveway.”

There is no information on the kangaroo’s whereabouts.