8-year-old gets prosthetic arm made of LEGOs

(CBS Newspath) — An 8-year-old boy from France loves LEGOs more than ever, now that he has a prosthetic arm made from the toy bricks. 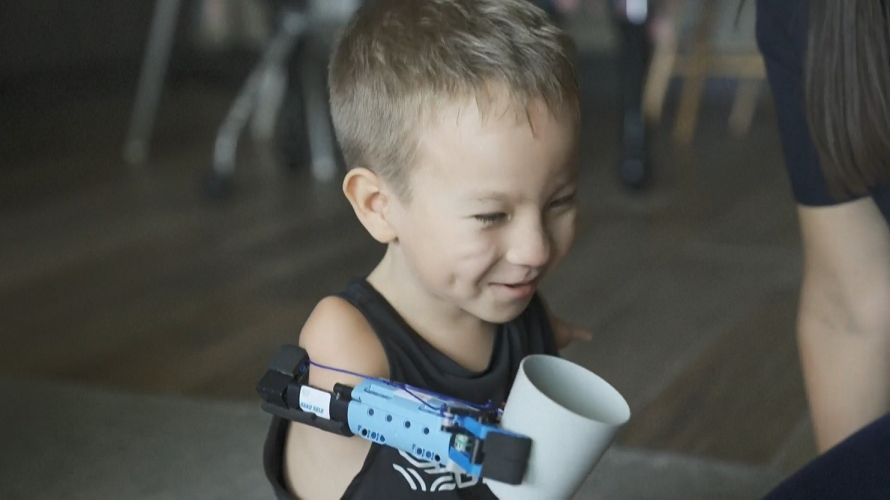 Life hasn’t been easy for Beknur. He was born missing several limbs, and getting a prosthetic that fits wasn’t easy. “Prosthetics are mostly standard. They are big and heavy, so for his spine, it was not a good idea,” according to his mom, Zaure Bektemissova.

So Beknur’s mom reached out to YouTube sensation David Aguilar. He made headlines back in 2017 for his Guinness World Record for building the world’s first functional lego prosthetic arm. Better known as “Hand Solo,” the bioengineering student created his own prosthetic using LEGOs and was willing to lend a hand.

The act of kindness changed the young boys’ life. “Now I could grab things with my hands. Before I couldn’t,” Beknur said.

The new arm also built his confidence. “His self-esteem is high now, comparing to what was before,” according to Zaure.

This project got Aguilar thinking. If he could do it Beknur, why not another child? He says maybe a girl or a boy missing a leg or a foot.