HARDIN COUNTY, Tenn. — The Hardin County Sheriff’s Department is mourning the loss of one of their own. 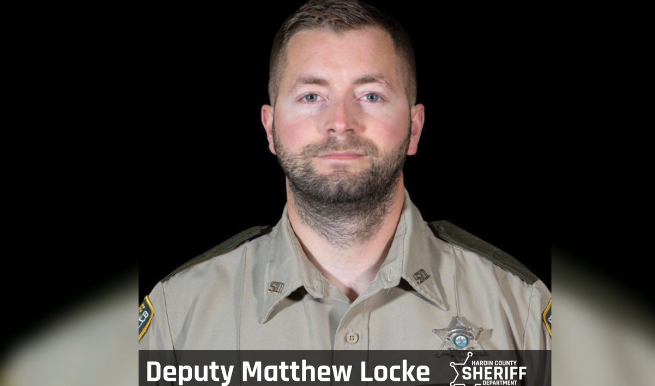 Deputy Matthew Locke was shot and killed on duty after responding to a domestic dispute Saturday night.

Todd Stricklin was taken into custody by the Tennessee Bureau of Investigation and charged with first-degree murder.

Sheriff Johnny Alexander says Locke had been with the department for three years and had made a huge impact on his fellow deputies.

Alexander says funeral arrangements for Locke have not been made at this time.

A procession is was held in honor of Locke Monday night.

The procession started at 9 p.m. with law enforcement trekking across West Tennessee via U.S. Highway 64 from Memphis to Savannah.